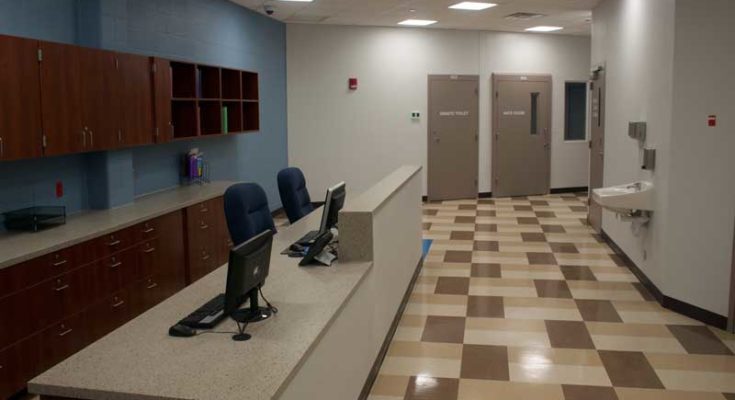 Jon Johnson File Photo/Gila Herald: The Graham County Adult Detention Facility has a top-notch medical facility at the jail, but will not accept persons with a certain level of intoxication or higher.

SAFFORD – A man with an active warrant for his arrest was apprehended Wednesday after he reportedly broke into a vacant home but was later released after the jail refused to accept him due to his intoxication level.

Joseph William Hendy, 33, of Safford, was placed under arrest and an officer attempted to book him into the Graham County Adult Detention Facility. However, Hendy took a portable breath test at the jail and blew a .315 percent breath/alcohol concentration, and the jail refused to admit him.

According to a Safford Police report, Hendy has an active arrest warrant out of the Gila Valley Consolidated Court.

Hendy also failed to appear in Payson Justice Court in January for sentencing in a shoplifting case out of Payson, which he pleaded guilty to last December.

Officers were initially called to the home of a relative of Hendy’s at about 9:15 p.m. regarding Hendy destroying the residence with a bat.

While patrolling the area, the officer received a tip from a pedestrian who advised Hendy was hiding in the backyard of a vacant residence.

Upon inspection, the officer located a damaged utility vent and soon discovered Hendy inside the residence. After several minutes, Hendy complied with the officer and exited the residence by crawling back out of the vent.

Since the jail refused to take him, the officer returned Hendy back to the relative’s residence where he resides and explained the situation to the victim, who agreed to have Hendy released back home. The officer also advised that Hendy’s warrant was still active and that he needed to take care of it before another police contact. The officer also reported that he would attempt to contact the owner of the vacant home to see if they would like to press charges against Hendy, which could include trespassing and/or burglary.