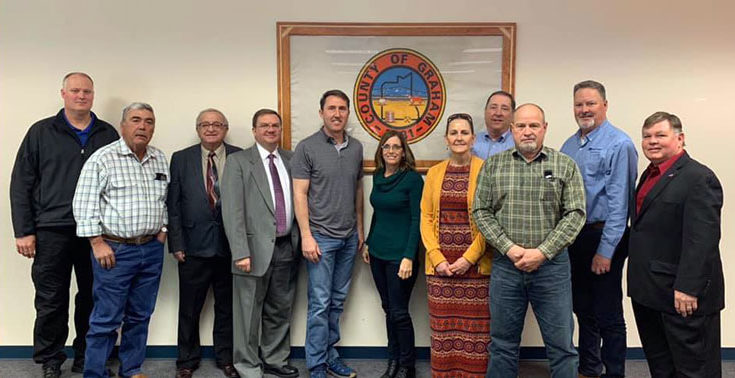 U.S. Sen. Jon Kyl had held the seat since being initially appointed by Ducey after McCain’s death but resigned. Kyl had previously advised he would serve the position until the session of Congress and did not desire to continue for the entire cycle until 2020. Ducey was required by law to appoint someone of the same party as McCain.

On Tuesday, McSally joined a host of business and local government leaders at the Graham County General Services Building to discuss the cost of doing business amid high overhead and government regulations, including the new increased minimum wage requirements; border security; the drug epidemic, and the cost that illegal immigration is putting on the legal system and local medical centers.

McSally will likely run for election in 2020 in a bid to serve a complete six-year term in Congress.

Mark Kelly recently announced that he would run for the Senate seat in 2020 as well. Kelly is a former astronaut and Navy pilot, and is the husband to former U.S. Rep. Gabrielle Giffords, D-Arizona, LD-8. Kelly will run as a Democrat.

Giffords was shot in an assassination attempt by Jared Lee Loughner on Jan. 8, 2011, while at a public meeting outside of a Safeway in Tucson. Loughner killed six and wounded 18 in the shooting. Giffords returned to the House floor Aug. 1, 2011, but then resigned Jan. 25, 2012, to concentrate on her recovery.