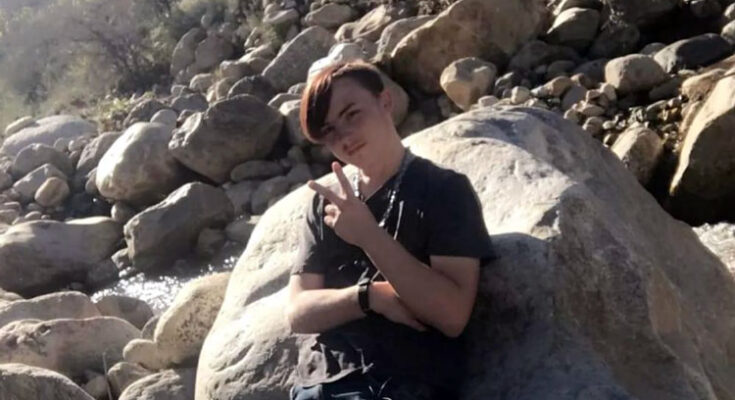 Photo via social media: Michael D. Moody, 16, of Thatcher, has been charged with the murder of Ashton Remondini, 14, of Deming, New Mexico.

DEMING, NEW MEXICO –  A 16-year-old Thatcher resident who was listed as a runaway has been charged with the murder of a New Mexico teenager.

Another teenager, Rafael A. Camacho, 18, of Deming, New Mexico, was also arrested and given the same charges as well as an additional charge of contributing to the delinquency of a minor.

Remondini was first reported missing by his parents on Tuesday, April 26, after not being able to locate him for school. Authorities questioned fellow students and learned Remondini might have gone shooting with Moody the previous night. A Snapchat video confirming that suspicion led Deming police to an area north of town in the Luna County Sheriff’s Office jurisdiction. Remondini’s body was located in the desert north of Deming on Thursday, a couple of days after going missing – he had been shot and stabbed. The New Mexico State Police’s Crime Scene Unit helped process the scene.

The following day, Moody – who had grown up in Deming, New Mexico, but had been living in Thatcher for more than a year – allegedly confessed to the killing. Moody had been listed as a runaway juvenile from Thatcher.

After the Deming Police Department and Luna County Sheriff’s Office questioned Moody, he was arrested and booked into jail. Camacho was found by authorities, and allegedly confessed to his involvement and said he was the one who stabbed Remondini. He was then charged and booked into jail as well.

Luna County Sheriff Kelly Gannaway said, “Our hearts go out to those who loved and cared for Ashton.  This is a very tragic case.”  He also commended detectives from the Deming Police Department, saying, “They put a lot of effort into this investigation, including helping my investigators, who also worked hard, to bring the two responsible for this death to justice.  I’m proud of them all.’