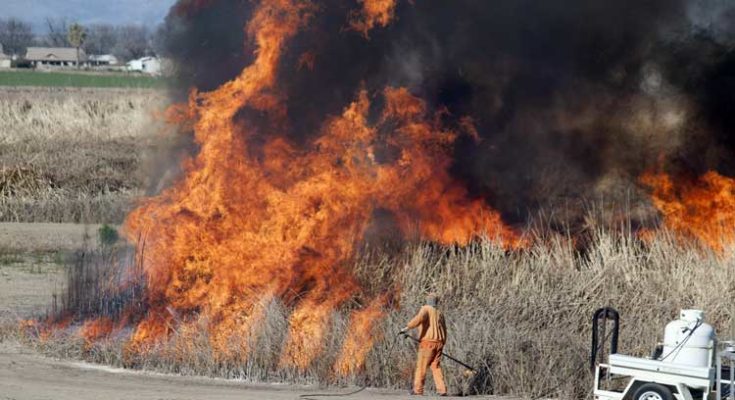 Jon Johnson File Photo/Gila Herald: An inmate ignites the reeds of the Thatcher wastewater wetlands in this file photo.

THATCHER – There has been a lot of smoke from wildland fires popping up near Thatcher recently, but today’s smoke was the common annual occurrence of burning the reeds of its wastewater wetlands treatment system.

The annual cleansing of the Thatcher wastewater plant facility by burning the plant’s reeds appeared to go as planned.

Thatcher utilizes a reed bed sewage treatment system that needs to be burned every year. At other times, the area serves as wetlands for migrating birds.