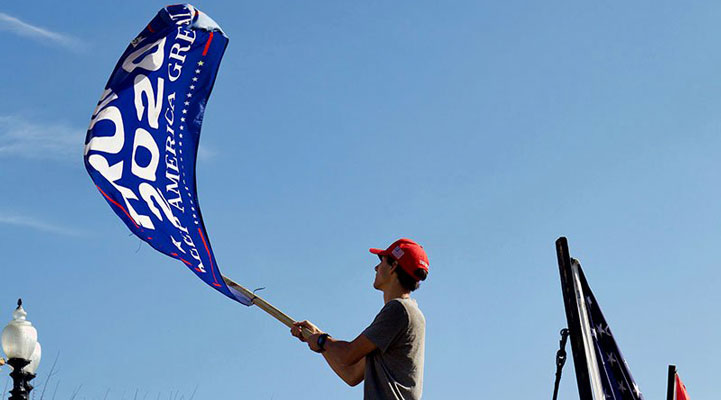 Chase Hunter File Photo/Cronkite News: A supporter of President Donald Trump shows his colors during a rally in Washington D.C. 11 days ago. Since then, the Trump campaign has repeatedly pushed claims, unsuccessfully, of voting irregularities in the election, including at an event in Phoenix on Monday that drew scores of Trump supporters.

The meeting came as state officials certified the results of the election that awarded Arizona’s 11 electoral votes to President-elect Joe Biden, who beat Trump by 10,457 votes out of more than 3.4 million cast, on his way to an overwhelming win in the Electoral College.

But Trump, who called into the meeting organized in a Phoenix hotel ballroom by a handful of GOP lawmakers, blasted state officials, including Republican Gov. Doug Ducey, for what he called a rush to certify results of an election that he claimed had been stolen from him. Far from rushing the action, however, Monday was the last day by law that state officials could certify the results.

“We didn’t lose the event,” Trump said to the cheers of those still in the ballroom after more than seven hours of presentations. “We actually won it by a lot.”

Those statements were contradicted by a chorus of state officials, including Ducey, Secretary of State Katie Hobbs, and Attorney General Mark Brnovich, who met to officially certify the election results Monday, as well as legislative leaders from both parties.

“Arizonans can stand proud that this election was conducted with accuracy, fairness, and transparency in accordance with Arizona’s laws and election procedures despite numerous unfounded claims to the contrary,” Hobbs said.

When the Trump campaign announced last week that the Arizona Legislature had scheduled a hearing – along with similar hearings in Pennsylvania and Wisconsin – legislative leaders rushed to dispute the claim. Aides to Senate President Karen Fann and House Speaker Rusty Bowers, both Republicans, said flatly that the Legislature would not be holding any such hearings.

Monday’s event was organized by state Rep. Mark Finchem, R-Tucson, who said, “time is of the essence” to uncover what he believes was election fraud, claiming “community outrage” inspired the event.

Others were quick to note that the meeting was not an authorized legislative event, which is why it was held in a hotel. No opposing witnesses or viewpoints were presented at the event, that one Democratic leader called a “clown show press event that includes a few Republican members of the Legislature.”

“The House Speaker and Senate President refused to legitimize it,” said a statement from Rep. Reginald Bolding Jr., D-Laveen, the incoming House Democratic leader. “It’s just an attempted distraction that will have no bearing on Arizona’s election, which is complete, and today will be completely certified and canvassed.”

“There is no credible evidence of fraud in Arizona’s election,” Bolding said.

That did not stop those at the meeting, led by Trump lawyers Rudy Giuliani and Jenna Ellis, from claiming otherwise during an almost 10-hour event, highlighted by the call from Trump.

As scores rallied outside the hotel, Giuliani presented a raft of claims, ranging from ballot stuffing to vote-machine hacking to conspiracies involving the late Venezuelan President Hugo Chavez. Poll workers complained of seeing events on Election Day that didn’t seem quite right and other speakers talked about the “green button” on ballot-tabulating machines that they believed discarded their ballots – all claims raised in a series of recent court challenges in Arizona and quickly rejected by judges.

Finchem said during a break in the hearing that the Legislature should call a special session to challenge the elections and reject the Biden electors – a proposal that experts have said is legally questionable and that one critic said “is not going to happen” in any event.

“The legislature can’t pass any laws without 2/3 vote of the House and Senate. (Dems have enough votes to block),” said U.S. Rep. Ruben Gallego, D-Phoenix, in a tweet Friday. “This is just another Trump grift.”

But it’s not the last challenge to the election.

The Arizona Republican Party was in Maricopa County Superior Court on Monday, as the election results were being certified, arguing for the right to inspect mail-in and duplicate ballots in the county in advance of another legal challenge to the election. Superior Court Judge Randall Warner scheduled a hearing for Thursday in that case.

All other Republican lawsuits challenging the election in Arizona have been withdrawn or dismissed with prejudice in recent weeks due to lack of evidence of any election fraud.

And most state officials are standing by the election results, with Bolding saying he expected Monday’s GOP event to be little more than “a huge waste of everybody’s time.” 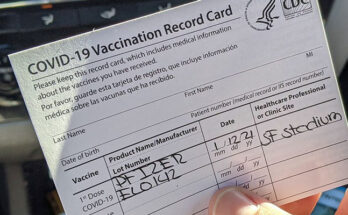 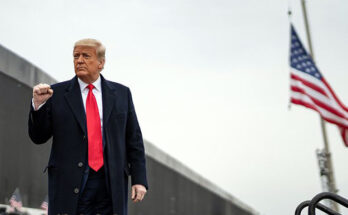