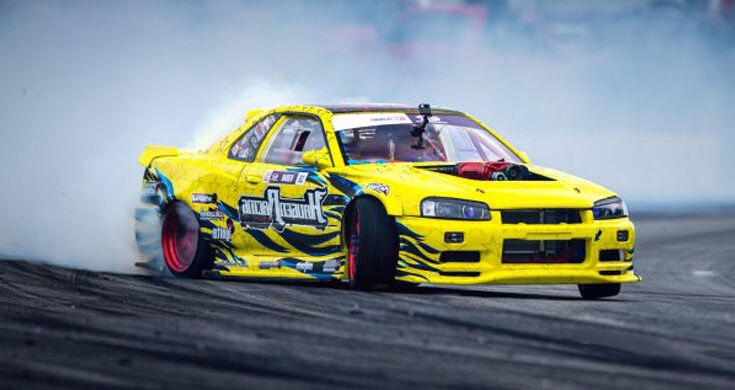 For decades, amateur motorsport enthusiasts have converted street vehicles into dedicated racecars to race on non-public roads. However, in 2015, the Obama Administration proposed a rule that would allow the Environmental Protection Agency (EPA) to fine these enthusiasts for converting their personal cars into racecars. This rule contradicted Congressional intent in the Clean Air Act, an interpretation that has been upheld for more than 50 years. Although the EPA removed this devastating language from its final rulemaking, the agency still maintains vehicle modification of motorsports is unlawful.

“Arizona has a rich tradition of motorsports and racing which also plays a role in our state’s economy,” said Senator Kelly. “The Recognizing the Protection of Motorsports Act of 2021 will protect Arizona’s amateur racers and auto mechanics from burdensome regulations so these enthusiasts can continue to enjoy the hobby and thrill of motorsports in our state and across the country.”

“Amateur motorsports are a unique(ly) American pastime,” said Senator Burr. “This bipartisan legislation provides certainty for folks who enjoy America’s long-held racing tradition, in the spirit Congress intended when it passed the Clean Air Act more than 50 years ago.  I’m proud to work with my colleagues on this commonsense legislation to protect the legacy of American motorsports for years to come.”

“Folks in the motorsport community have always relied on the freedom to modify their vehicles to race and compete,” said Senator Tester. “This legislation will codify that freedom into law by preventing unnecessary regulations on motorsport hobbyists, allowing amateurs and professionals alike to uphold tradition while still following the intent of the Clean Air Act.”

“I grew up racing in the desert and competing in a truck that was heavily modified. Off-road racing has been extremely good to the economy of Parker, Arizona over the years, as well as Lake Havasu and the other surrounding communities,” said Jim Beaver, a professional racer. “It’s very important to me to see it continue to thrive here. The EPA has taken a position that you can’t modify the emissions system of a production vehicle even if it’s used exclusively on the track or for off-road competition, which threatens my passion, the jobs of countless Arizonans, and many local Arizona economies that rely on the off-road events and recreationalists. Senator Kelly understands the importance of racing, which is why he’s been a champion of the RPM Act.”

“The RPM Act is incredibly important to protecting the future of racing. The bill must be passed to protect racers who compete on the track using previously street-legal vehicles that have been modified for motorsports competition,” said Jim Hughes, owner, and operator of Tucson Dragway. “Senator Kelly, thank you, for standing up for Arizona racers and your strong support for sponsoring the RPM Act.”

In 1965, Congress passed the Motor Vehicle Air Pollution Control Act, which amended the Clean Air Act to set the first federal vehicle emission standards. It defined the term “motor vehicle” as “any self-propelled vehicle designed for transporting persons or property on a street or highway.” In 1970, Congress clarified that the Clean Air Act’s anti-tampering provision for reducing harmful air pollutants does not apply to vehicles manufactured or modified for racing.

Congress passed the Clean Air Act Amendments in 1990, directing the EPA to set emission standards for “non-road vehicles” that contribute to air pollution. It excluded vehicles “used solely for competition” from these new rules. This clarification was instructive as it separated vehicles used in organized racing from “motor vehicles.”

After examining the legislative history, it is clear that Congress never intended to provide the EPA with the authority to regulate vehicles used solely for competition, including vehicles modified to be used exclusively for racing.

Organizations supporting the RPM Act include: