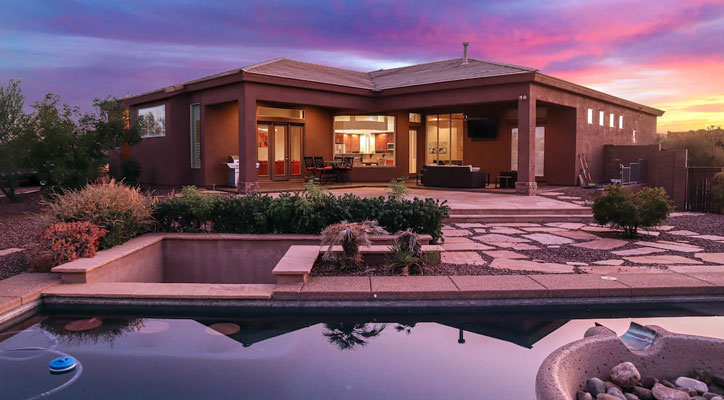 The San Carlos Apache Tribe will be providing water for homes like this one in the Rio Verde Foothills community north of Scottsdale.

The tentative agreement calls for the Tribe to lease up to 200-acre-feet (65 million gallons) of its Central Arizona Project water allocation to Dynamite Water to help meet the immediate water needs of the Rio Verde Foothills community. A final agreement will require approvals from the U.S. Bureau of Reclamation, the U.S. Bureau of Indian Affairs, and the San Carlos Apache Tribe Council.

“The Tribe is pleased to have the opportunity to provide assistance to Arizona communities in need of water and stands ready to work in a cooperative manner on complex water issues facing our Tribe and State,” said Terry Rambler, Chairman of the Tribe.

“We are grateful that the San Carlos Apache Tribe was willing to assist our community with water it desperately needs, and I look forward to reaching a final agreement in the near future,” said Dynamite Water owner Damon Bruns. “We now have a tangible plan in place to provide an immediate solution to a pending cutoff of water to more than 700 Rio Verde homes by the end of the year.”