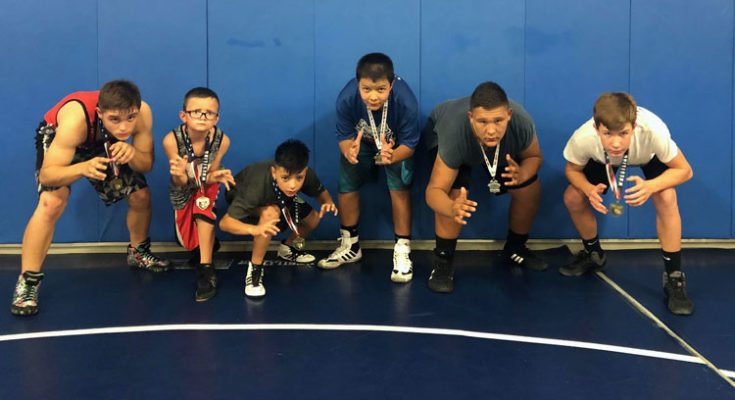 TEMPE – The Safford Bulldogs wrestling team has long dominated the sport with state and national champions. But the road to victory is a long one, paved with hard work, sweat, blood, and tears.

Six junior wrestlers with the Safford Wrestling Club showed how their hard work is already paying off as the club took home five first-place awards and one second-place award at the Sunkist Kids Tournament at Arizona State University on Sept. 22.

Coach Philip Ornelas told the Gila Herald he was proud of the team’s accomplishment and that continued success for the Bulldog wrestling program looks bright.

“We only lost one match the whole day,” Ornelas said. “It’s awesome to see these boys have success after working so hard the last month. They deserve it, but this is just the beginning. I can’t wait to see what the future holds for Safford wrestling.”