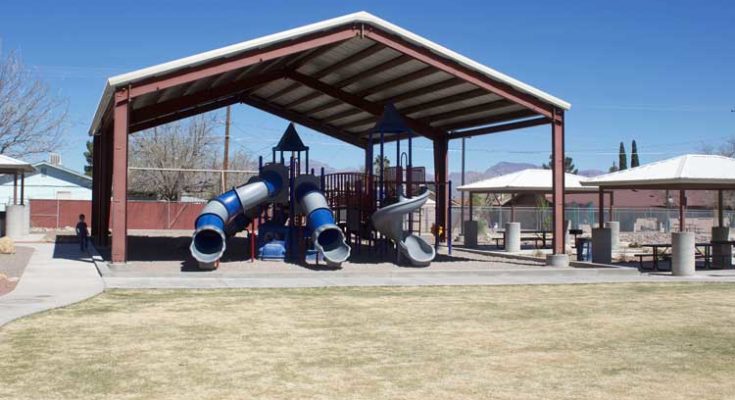 Jon Johnson File Photo/Gila Herald: Since Safford will use the roughly $220,000 from CDBG funds to continue to renovate Glenn Meadows Park to make it more ADA compliant/friendly, the city will give away an additional $200,000 to programs it deems worthy.

SAFFORD – The city of Safford wants to help organizations that have projects to help city residents and it will be giving away $200,000 to promote the cause.

The program was born out of the city’s decision to use its allotment of Community Development Block Grant (CDBG) funds to continue the restoration of Glenn Meadows Park. The park previously had an $83,800 grant from the Freeport Community Investment Fund in 2016 to upgrade the facilities. The park reopened in September 2017 after an extensive renovation that saw new playground equipment and shading, grass, landscaping, lighting and surveillance cameras. The CDBG funds will be used to renovate the restrooms and make the park more compliant with the Americans with Disabilities Act (ADA) and more ADA-friendly.

The city of Safford rotates in receiving CDBG funds with Pima, Thatcher, and Graham County, with each entity getting the money once every four years. This year, Safford decided to use the roughly $220,000 on the park because it didn’t require a special income survey of residents in the area like other proposed projects and, since it was part of the city’s Capital Investment Plan (CIP), funds that were earmarked for the park may now be used to fund the other projects that applied for the CDBG funds. Those projects include assistance with a homeless shelter, a sober living house, and senior care.

On Aug. 13, Skeete presented his vision of how to award the grants to those who applied and said he would like to have it open to others who have since come forward as well, including church organizations. He suggested limiting the financial award to $60,000 for each project so that the money could be spread around to do more good.

Councilors Steve McGaughey and Gene Seale were wary of handing out $200,000, but, after being instructed that the program is currently only slated for this one year, they ended up agreeing with the rest of the council in voting unanimously to move forward.

“When we were going through the CDBG process, I think we voted that we wanted to do this-this way,” Councilor Chris Taylor said. “We would use the CDBG funds to do that (park) project only to free up this money to do something that I thought was a consensus for the homeless or the drug problem . . . We’ve sold this to the community already and we have lots of worthy projects and people who are wanting to do good for the community.”

Groups who would like to be considered for the grants must be a tax-exempt nonprofit organization with a 501(c)(3) designation and the project must benefit those living in Safford. According to the information in the council’s packet, the city of Safford will only accept proposals that provide for the care of opioid and other drug addictions, care for the homeless, care for the elderly, or care for children with special needs.

Groups can submit their proposals to the Safford City Manager’s office.

Safford Mayor Jason Kouts said he would like to see the other municipalities and the county do the same thing when they receive their allotment of CDBG funds during their respective year.

While Safford’s project is a one-time deal, the city could choose to do the same thing when it receives CDBG money again in four years.