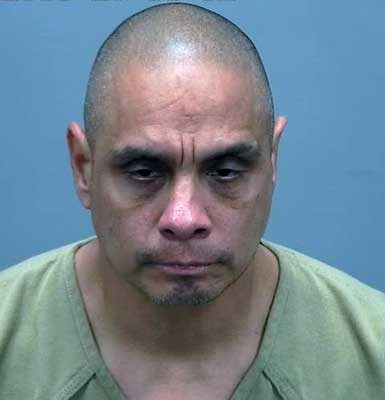 Contributed Photo/Courtesy GCSO: Ruben Rene Rojas, 48, faces a prison sentence between 10 to 15 years after being convicted by a jury to his seventh aggravated DUI.

SAFFORD – A man’s inability to stop himself from driving while under the influence of alcohol could cost him 15 years of his life.

On Thursday, Aug. 9, it took a 9-person jury less than two hours to convict Ruben Rene Rojas, 48, on charges of DUI, aggravated DUI, and extreme DUI with a blood/alcohol concentration of more than .20 percent. It was Rojas’ seventh aggravated DUI conviction.

Rojas’ license was already suspended for his prior DUI’s and he was on probation for a DUI as well. His probation was terminated Aug. 2 after a petition to revoke was filed with the court. At that time, Rojas was ordered to three years and nine months in the Arizona Department of Corrections, with a credit of 401 days served.

Rojas is due in court for sentencing for his latest DUI on Wednesday, Sept. 26 at 10 a.m. At that time, he will also have a pretrial conference on his drug and failure to appear cases.