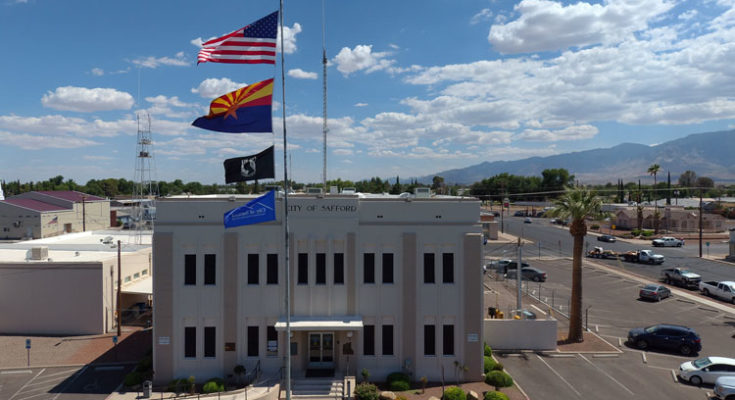 Safford – At the recent Safford City Council meeting held on Oct. 10, 2022, the Safford City Council approved the use of reserve funds. The use of these reserves, monies set aside by the utility that may be used to assist in stabilizing fluctuations in operational expenditures, was recommended by staff to help reduce the amount of a proposed rate increase to electric utility customers. It was stated that rapidly rising market prices for natural gas, gas that is used to facilitate power generation, was the main cause for the proposed increase.

Monitored gas prices over the preceding 30-month period saw an increase of more than 400%. This increase was due in part to the freak winter storm in Texas and the war in Ukraine. During that period, staff used existing financial reserves to prevent any changes in the rate paid by city residents. However, with further volatility in the foreseeable future, it was determined that some of the additional rise in natural gas prices would have to be absorbed by residents.

City of Safford Utility Director, Jason Brimhall, along with the city’s utility consultants, KR Saline, presented several slides that provided the background for the recommended increase. With Safford City Council approval of electric fund reserves, the expected increase to an average residential utility bill would be $23.55 or 29.5%. It was also stated, had the Council not approved the use of reserves, the increase would have been larger, $37.01 or 46.3%.

The presentation also showed how the city was planning to avoid dealing with volatile commodity prices in the future. The city is a member of the Southwest Public Power Agency (SPPA), a consortium to purchase electric power and capacity in bulk, thereby reducing the overall cost to members. As part of the group’s efforts, the city became a signatory to a plan to purchase power from a solar power generating plant that is expected to come online during the summer of 2025. The addition of solar power to the city’s power portfolio will help diversify the sources of the city’s electric power, a commodity that is not subject to the uncertainties of world events or commodity market pricing.

The city also plans on conducting a comprehensive utility rate study during the late spring or early summer of 2023 that will allow it to assess the overall health of all their utility operations (the city also operates gas, water, sewer, sanitation and landfill utilities). Utility rates studies are common and generally occur every five years. The last such study conducted by the city occurred in 2018 and so a new assessment of their utility operations is on schedule.