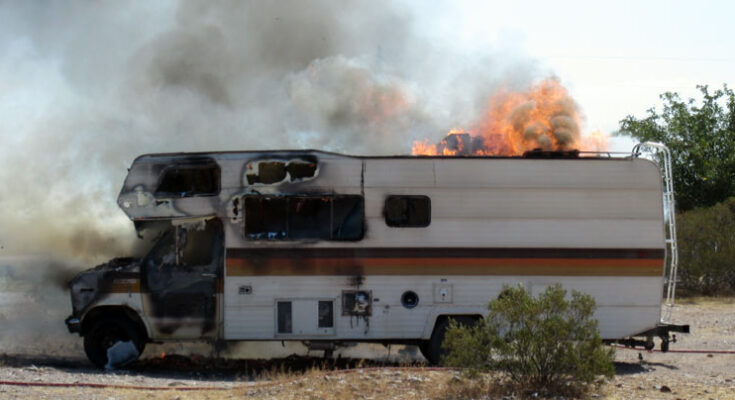 GRAHAM COUNTY – A recreational vehicle was declared a total loss Wednesday after it burned while being towed in the area of Airport Road and Sunset Boulevard.

According to a Graham County Sheriff’s Office report, a deputy was dispatched at about 10:34 a.m. to the scene and arrived to see the RV was fully engulfed in flames.

The Safford Fire Department extinguished the fire and kept it from spreading, but the RV was considered a total loss.

The owner of the RV said it was not running and that they were towing it to a tire shop south of Safford when they smelled gas. They pulled over to the shoulder of the road and a fire erupted from the engine compartment.

The owner advised that he had intended living in the RV and that all of his belongings were inside and he didn’t have any insurance on the vehicle.

The man advised that he would have a friend assist him in removing the wreckage.