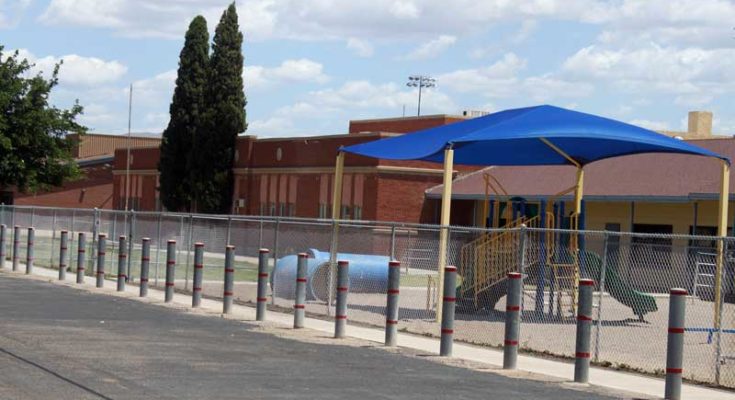 Jon Johnson Photo/Gila Herald: The rumor of an elementary school student bringing a gun to school is unfounded, according to Pima Schools Superintendent Sean Rickert.

PIMA – The rumor that a sixth-grade Pima Elementary School student brandished a gun on campus is just that, a rumor, according to Pima Schools Superintendent Sean Rickert.

The rumor has been recently spreading through the area, but the related incident actually happened prior to Spring Break.

“There was no student at Pima Elementary School with a gun or anything that closely resembled it enough to cause us to be concerned,” Rickert said.

The perturbed student then later mentioned to the other student that he had looked for him with a gun and that became a rumor that the perturbed student was on campus with a gun. A student reported about a gun at school and that it was in the student’s backpack. That information was given to Pima Elementary School Principal Eddy Carlton, who investigated and informed Rickert of his findings.

Rickert said if a student came to school with a weapon or anything that resembles a weapon the student would face immediate school discipline for creating an environment where parents and students don’t feel safe. He said even in today’s climate with a rash of school shootings dominating news coverage that a school is the safest place for a child.

“We work very hard to keep students safe and to make sure that they feel safe,” Rickert said. “It’s unfortunate that gossip involving this event has led people to think that something happened that did not. If something had happened, then that student would be asked to not go to school here anymore. We’ve had situations in the past involving threats against staff or students and we take those threats very seriously.”

In reality, the school had planned the drill months in advance. The drill dealt with a scenario of what to do if an armed confrontation took place at The Gila Valley Learning Center, which is across the street from the elementary school. Last semester’s drill had the scenario of what to do if there was an armed robbery at the Giant gas station, which is about a block away from the school.

Rickert stressed that the scenario was just a drill and nobody had a firearm at the school.

“If we actually had a situation where a student had a gun on campus law enforcement would have been called,” he said.