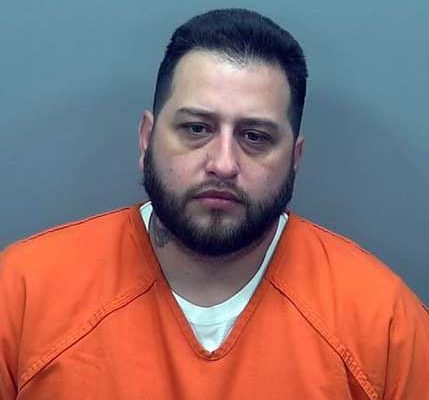 Contributed Photo/Courtesy GCSO: Adam Flores was booked into the jail on a probation violation after a search of his residence turned up a small amount of drugs, paraphernalia and a counterfeit $100.

SAFFORD – When a person is on probation, their probation officer may search them and their residence at any time without a search warrant.

Such a search performed at the residence of Adam Thomas Flores, 32, on Wednesday, Feb. 21. The search resulted in the seizure of two Oxycodone pills, three prescription-only Trazodone pills, a digital scale, a pen tube with apparent drug residue, and a counterfeit $100.

Oxydodone is an opioid that is widely misused by addicts and Trazodone is an antidepressant that also has sedating effects.

Flores was placed on probation in March 2017 after pleading guilty to theft. The guilty plea dismissed another count of trafficking in stolen property.

After finding the drugs, paraphernalia and counterfeit money, Flores was arrested and booked into the Graham County Adult Detention Facility on a probation violation. The following day, a petition to revoke his probation was filed.