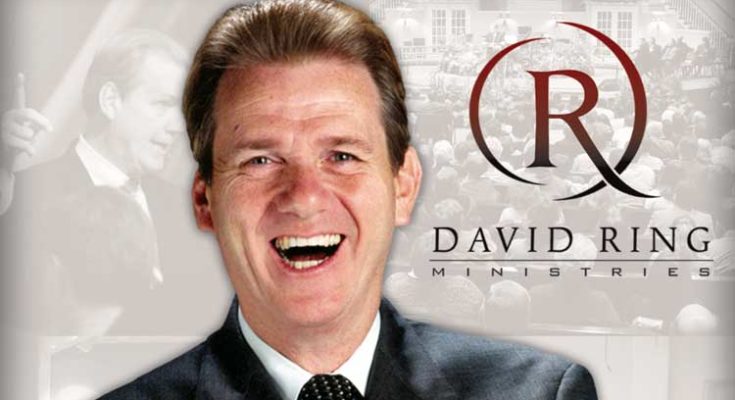 Contributed Photo: David Ring will speak at the First Southern Baptist Church of Thatcher on Sunday, March 4, starting at 10:45 a.m.

The public is invited to attend a special appearance and talk by David Ring of David Ring Ministries on Sunday, March 4 at 10:45 a.m. at the First Southern Baptist Church of Thatcher.

David Ring was born with cerebral palsy Oct. 28, 1953, in Jonesboro, Arkansas. After being orphaned at an early age, David was cast about from “pillar to post.” Life seemed worse than hopeless to him until his relationship began with Jesus Christ, who taught him self-respect and an acceptance of his physical challenges. 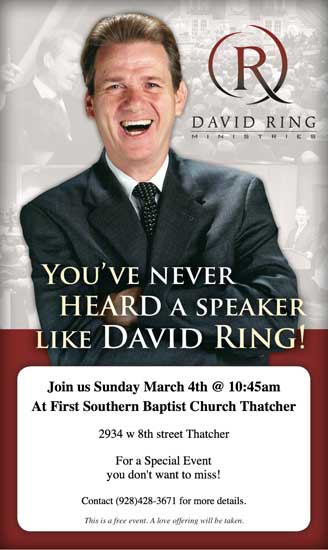 As a nationally known speaker since 1973, David shares his story with more than 100,000 people each year at churches, conventions, schools, and corporate events. He has been featured on numerous occasions on “ e Old Time Gospel Hour” with Rev. Jerry Falwell, as well as other nationally televised programs.

David will speak at the First Southern Baptist Church of Thatcher at 2934 W. 8th St. on Sunday, March 4 at 10:45 a.m. The event is free and all are welcome to attend.

David always focuses on an individual’s need to overcome personal handicaps and adversities of life. As one who has not been stifled by his physical limitations, he clearly states his challenge to everyone, “I have cerebral palsy – what’s your problem?” To most, physical challenges of this magnitude would prove to be a tombstone. For David Ring, his coming of age was, and remains, a milestone.

David’s book Just As I Am, (Moody Press, Chicago, IL) tells about his heartaches and victories, and addresses the central theme of his life: “Triumph Over Odds.”

David and his wife, Karen, make their home in Nashville, Tennessee. They are the parents of four children, April, Ashley, Nathan and Amy Joy. 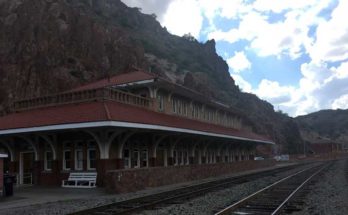 Greenlee food drive is in Clifton on Monday, January 18 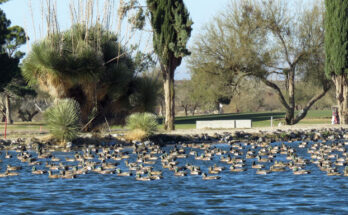 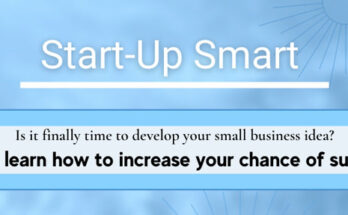