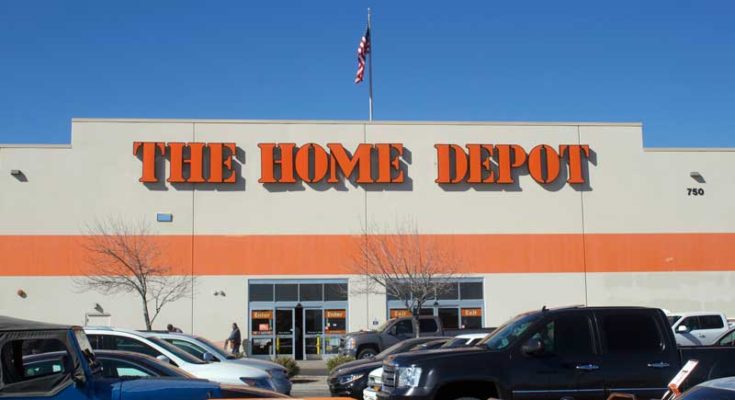 Jon Johnson File Photo/Gila Herald: A police chase ended at the Home Depot on Wednesday with an arrest for a misdemeanor warrant.

SAFFORD – Robert Lee Sandoval, 29, was arrested on a warrant and booked into the Graham County Adult Detention Facility on Wednesday, April 17, after allegedly running from police.

According to a Safford Police report, an officer noticed a blue/gray, 2006 Chevy sedan parked at the gas pumps at the Giant gas station at 750 S. 8th Ave. and recognized it as being registered to Cassandra Deanna Anzar, 24, who has had multiple police contacts over the previous few years.

The officer noted that Anzar looked at him and then quickly got into the driver’s seat of the car and sped away westbound on 8th Street.

The officer headed north on 8th Avenue and then west on 7th Street and reported seeing the suspect vehicle speeding north on 11th Avenue. The officer located the vehicle as it headed westbound onto U.S. Highway 70 and then noted it made an improper turn southbound onto 20th Avenue because it did not go into the closest turn lane and instead turned into the far right lane.

The car continued northbound on 20th Avenue and then Sandoval ran from the vehicle into a farm field north of the Home Depot at 750 S. 20th Ave. Sandoval was later taken into custody and was found to have two digital scales in his possession, along with a cut pen, two torn plastic baggies and a cap for a syringe, all of which could possibly be considered drug paraphernalia. Additionally, a half gram of heroin was discovered near the south side of the farm field in a baggie wrapped in tin foil.

Anzar pulled over at the Home Depot and was interviewed along with a passenger.

Sandoval was then arrested on a misdemeanor warrant and booked into the jail. No charges regarding the found heroin and possible drug paraphernalia were filed at that time.