Victim is 28th death attributed to the virus in Graham County

SAFFORD – A Pima resident over the age of 65 has reportedly died from COVID-19. The Graham County Department of Health and Human Services reported the death in its release Sunday.

The death marks the 28th person in Graham County whose death has been contributed to COVID-19. As of Monday, the Mt. Graham Regional Medical Center lists three patients who are hospitalized due to COVID-19.

On Monday, the Graham County Department of Health and Human Services reported 31 new positive results for COVID-19 in Graham County out of 215 tests. Out of the news positive tests, 21 came from Safford, eight from Thatcher, and two from Pima. The new results lifted Graham County’s total to 1,151 for the course of the pandemic.

The health department also advised that 30 out of 298 people tested positive at its testing blitz, however, a couple of the people had already tested positive prior and were still positive. Those patients’ new positive tests are not included in the new numbers due to being duplicates.

As of Monday, the Graham County Department of Health and Human Services reported 1,151 total confirmed cases, with 791 recovered and 332 actives. According to GCDHHS criteria, a positive test is not considered a recovered patient until they have 30 days symptom-free. Graham County has about 39,000 residents. Nearly 3 percent of Graham County has tested positive for COVID-19, with the currently active number at a little under 1 percent.

A total of 28 people, mostly all over the age of 65 and who had pre-existing health conditions, have died with COVID-19 in Graham County.

As of Monday, the ADHS continues to list Graham County in its “moderate” business reopening status, even though the county is in the “substantial transmission” zone in both cases per 100,000 individuals, and percent positivity, for both the week of Sept. 27 and Oct. 4. ADHS metrics are roughly two weeks behind current results. The metrics show Graham County had 146 cases per 100,000 for the week of Sept. 27 and 140 cases per 100,000 for the week of Oct. 4, both over the 100 threshold to enter the substantial zone. The percent positivity for those two weeks was listed at 12.5 percent and 14.6 percent, respectively, both over the 10 percent threshold to enter the substantial zone.

The Greenlee County Health Department reported an increase of three new positive tests over the weekend, raising its total to 103.

As of Sunday, the health department has administered tests to 1,543 people, with 1,440 being negative, and 103 positives. The county has 41 active cases, 60 recovered cases, and two deaths. Greenlee County has about 10,000 residents.

On Monday, the San Carlos Apache Tribe Department of Health & Human Services reported 21 new cases. To date, the Tribe has administered tests to 10,717 people with 8,895 negatives, 1,629 positives, and 193 results pending.

For the state, the Arizona Department of Health Services reported 801 new cases Friday to bring the total to 235,882 for the state. It reported just one new death to bring the total fatalities due, at least in part, to COVID-19 to and amended 5,875 in Arizona. The state has about 7.3 million residents and nearly two million tests have been taken. 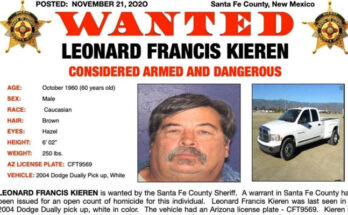