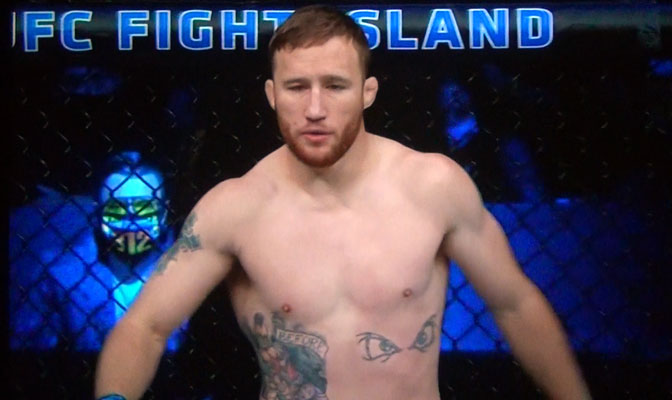 Safford’s own Justin ‘The Highlight’ Gaethje came up short in his fight against Khabib Nurmagomedov, but will possibly have another title shot in his next fight.

YAS ISLAND, ABU DHABI – The goal to be the world champion Justin “The Highlight” Gaethje (23-3, 5-3 UFC), originally from Safford, has had since he began wrestling at the age of 4 came up just short Saturday at UFC 254 on Fight Island, as the undefeated, undisputed UFC Lightweight Champion Khabib “The Eagle” Nurmagomedov (29-0, 13-0 UFC), of Dagestan, Russia used a leg choke to get Gaethje to tap out in the second round. However, Nurmagomedov retired after the bout, and Gaethje likely may have another title shot in his next fight.

The fight was called at 1:34 in the second round for TKO due to a triangle chokehold. It looked as first as if Gaethje would be able to lift up Nurmagomedov and slam him down to the mat to break the hold, but the wrestling prowess of Khabib proved too much for the former NCAA All-American wrestler from his days at the University of Northern Colorado.

Fighting for mom, America, and apple pie, Gaethje brought his small-town upbringing across the world to Fight Island on Yas Island, Abu Dhabi to battle Nurmagomedov, who had the longest active winning streak in the UFC and retired after the event with his undefeated record.

Gaethje previously became the Interim Lightweight Champion after dispatching Tony Ferguson in a fifth-round TKO, which snapped Ferguson’s 12-fight winning streak, which then was the longest win streak in the division.

Gaethje is arguably one of UFC’s most exciting fighters, winning nine fight bonuses in seven fights. Commentator Joe Rogan has called him, “the most violent man in the most violent sport in the world.”

“I feel alive every time I step in here,” Gaethje said after the fight.

The first round was pretty even, with both fighters getting their shots in and Gaethje beginning to work on Nurmagomedov’s leg, which visually took a toll on the fighter. Gaethje managed to thwart off one takedown attempt but Nurmagomedov got a takedown at the end of the round. If Gaethje had been able to keep the fight on the feet, there is little doubt that he would likely have been able to defeat Nurmagomedov.

“I had him in trouble,” Gaethje said in a post-fight interview. “I wasn’t very many kicks away from him not being able to walk. He’s going to be limping for at least the next three weeks. That’s nothing to be proud of because I lost, again, I felt alive and I felt great.”

But the thing about MMA is that is mixed-martial arts, and wrestling with its submissions comes into play

With Nurmagomedov retiring, the Lightweight Division has no current champion, and Gaethje said he will be ready to fight in six to eight weeks.

“I fight for a living,” Gaethje said. “The best thing about getting choked out is there’s nothing really consequential to your health.”

Gaethje said that with Nurmagomedov retired, he feels that he is the No. 1 ranked fighter and that he is ready to fight for the belt against whomever, which could be Connor McGregor, Dustin Poirier, or Tony Ferguson.

“Poirier and McGregor are going to fight,” Gaethje said. “They haven’t made it official, so if McGregor wants to bounce out and get the belt, I’m right here. If they want to give it to somebody else, then so be it. But I’ll be ready. This is my job. This is my life, and I love it so much.” 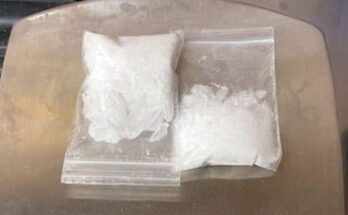 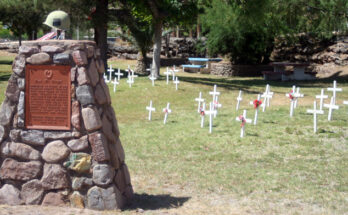