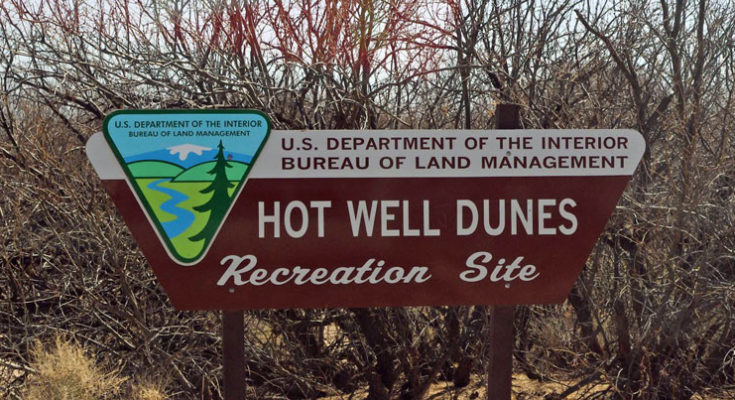 HOT WELL DUNES – It has been legal to grow and possess cannabis for recreational use in Oregon since July 1, 2015, but an Oregon man learned having cannabis at a recreational site in Arizona for anything other than medical use is still illegal.

Joshua Boswell, of Oregon, was reportedly smoking a tobacco/marijuana mixture known commonly as a “spliff” while at the Hot Well Dunes the afternoon of Friday, March 15, when a Bureau of Land Management officer approached him regarding allowing his dog to run loose. The Hot Well Dunes Recreation Area is administered by the Bureau of Land Management and is located approximately 27 miles southeast of Safford off Haekel Road.

Upon questioning, Boswell allegedly admitted what he was smoking and advised he had more inside his RV. He also added that he had recently traded out a “bud” of marijuana with another man who in turn gave him a “bud” of his own stash while at the hot tub area.

The BLM officer searched Boswell’s RV and located several glass jars containing marijuana (cannabis) as well as a small amount of hashish, and numerous other glass jars containing concentrated marijuana, a vial of cannabis oil, various smoking devices and other drug paraphernalia (including a torch kit and gas mask), as well as a digital scale, large amount of unused small plastic baggies and a jar with money.

Boswell told a Graham County Sheriff’s Office deputy that the money in the jar was from the sale of jewelry that he makes and that he does not sell marijuana. Boswell said he travels across the country and works mostly for trade and doesn’t like to pay for marijuana. He also advised that when he is in Oregon he smokes more freely and so when he is on the road he divides his stash into several jars as a means to ration it.

Authorities also interviewed a woman who was with Boswell. She advised that her original traveling companions had left her and she had been staying with Boswell for the past three to four weeks. She advised while she has smoked marijuana with Boswell, she never saw him sell it to anyone, according to the Sheriff’s Office report.

All of the marijuana and marijuana-related items were seized and a report was sent to the Graham County Attorney’s Office for review.