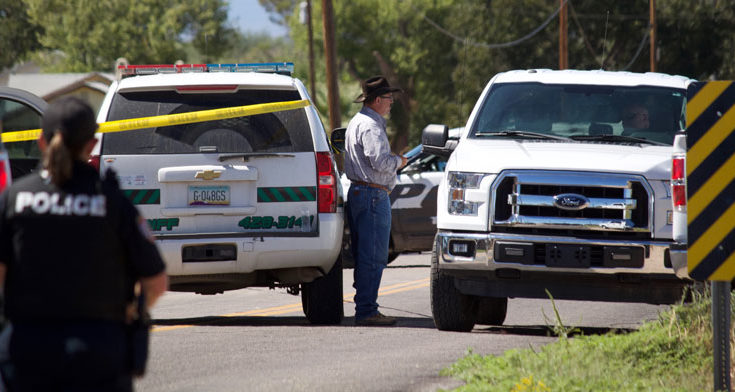 CENTRAL – John Layton, 48, was fatally shot by law enforcement Sunday morning after drawing down his AR-15 rifle on officers, according to Graham County Sheriff P.J. Allred.

Officers from Pima, Safford, and Thatcher joined Graham County Sheriff’s deputies at the scene at a residence in the 5600 block of W. Central Road, just west of the intersection with Shiflet Avenue. The shooting will be investigated by the Arizona Department of Public Safety, and which agency fired the fatal shot has not been disclosed.

According to Sheriff Allred, County Dispatch was alerted at about 9:15 a.m. regarding numerous shots fired in a field behind a residence on Central Road. A second phone call from a woman who identified herself as the shooter’s mother came in at about 9:30 a.m. and reported the same thing.

Upon arrival, officers witnessed Layton  with a long rifle enter the residence where his mother had locked herself in a bedroom. It is unknown why the suspect was allegedly shooting his rifle.

After a while, Layton exited the residence, and authorities advised the mother to lock the doors of the house so Layton couldn’t re-enter and potentially take her as a hostage.

The mother did so while officers attempted to have a dialogue with the suspect. At about 10:27 a.m., Layton attempted to go back into the house, and when he realized the door was locked he began kicking it in an apparent attempt to breach the residence, according to Allred.

“The officers and deputies approached him closer, and as they got closer he turned and drew upon them,” Allred said. “Then shots were fired, and the suspect is deceased.”

Allred didn’t elaborate as to if the Layton fired upon the officers and deputies but did say that there were no injuries to law enforcement or anyone else. Layton was pronounced deceased at Mt. Graham Regional Medical Center.

This article was updated with the name of the suspect Monday morning.