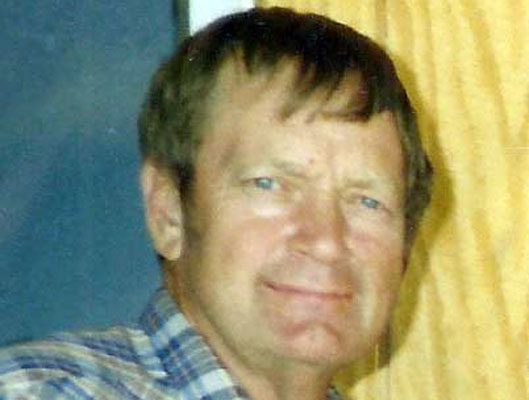 LeRoy Duane Barney entered into this life in Solomonville on Jan. 21, 1931, to parents Arthur John and Lucy Jennings Barney. He was their sixth child of what would become 13. He passed away quietly at home in Pima on Dec. 8.

“Roy” as he was known, grew up on the family farm, learning to work at the various chores necessary for the running of such. After graduating from the sixth grade in Solomonville, he then attended the Safford schools, graduating from the eighth grade. After graduation from Safford High School and Eastern Arizona Jr. College, he received a bachelor’s degree in Agronomy from ASU.

His employment has been varied and extensive. He has been a farmer, a service station attendant, manager and owner, a delivery driver for Gila Valley Laundry, a moving van operator across the U.S., a fertilizer salesman and a regional manager, a salesman for Swift & Co., a Firestone mechanic, a used car salesman, a peddler of fruits and vegetables, a teacher and a Tandy Leather Shop owner.

He and Velora Jarvis were married in the Mesa Arizona Temple on June 25, 1952. After the birth of their daughter, Jennifer, their marriage ended in divorce. In January of 1954, Roy was drafted into the U.S. Army. His basic training and TTS School (guided missile training) were taken at Fort Bliss, Texas.  It was there he met Sylvia Dunsavage, who had an infant son, Billy, and they married later that year. An old friend from EAJC and ASU, Dan Heap, also took his training at Fort Bliss, as did Bud Barnthouse from Ohio and Gerald Egbert from Idaho. The four were shipped to Germany with their group and guided missiles.  Returning by ship, Roy was discharged in Brooklyn, New York,  on Christmas Eve 1955. The four have remained friends these past 64 years with the loss of Bud earlier this year.

Employment took them to various locations, such as Pomerene and Yuma, El Paso and Clint, Texas, Pensacola, Florida, Loxley, Alabama, Ponchatoula, Louisiana, Albuquerque, New Mexico, Duncan, then to Mesa, as Roy had decided to return to school for a teaching degree. Roene was born in March 1955 and LeWane in April 1957.  Joni joined their family in December of 1960. While living in Mesa in 1970, Sylvia was killed in a rollover accident east of Lordsburg, New Mexico, on an Easter weekend trip to El Paso to visit family.

While teaching in Maricopa and coming to the Gila Valley to visit friends and family, Roy was introduced to Edres Bryant Thompson by mutual friends, Verle and Betty Jo Ferrin. They were married April 8, 1971, in Thatcher, bringing her son, Theron, into the family. After living in Flagstaff for 15 years, Roy retired from teaching and the couple moved to Cottonwood, where he spent his time on their Oak Creek farm that they had purchased some years .

When Edres retired from First Interstate Bank in September of 1994 after 35 years, they “came back home” to the Gila Valley, making their home in Pima, where Roy spent his time gardening and peddling the produce he grew, along with watermelons he would get annually from his brother, Newell, in Queen Creek. They traveled extensively throughout the U.S. and Canada, sometimes with other couples and often just the two, visiting family and friends regularly in Idaho and Ohio until June 2011, when Roy suffered a stroke and a heart attack on their way to the Barnthouses’ 60th wedding anniversary.  That turned out to be an extended trip, as he had quadruple bypass surgery while there.

Along with traveling, Roy’s hobbies and interests have been gardening, peddling, leatherwork, crafts, and food preservation. He will be remembered for his quick wit and humor and his happy helpful attitude.  His sister, Elaine Owens, passed away the day after Roy.

He was predeceased by his parents; his wife, Sylvia; sisters, Delsa, Doris Thatcher, and Norma Sanders; brothers, Eldon and Rex; and children, Billy and Roene.

In lieu of flowers, donations may be made to The Eastern Arizona Museum & Historical Society at P. O. Box 274 Pima, AZ 85543.

There will be a viewing Friday evening, Dec. 14, from 5 until 7 p.m. at the McDougal’s Caldwell Funeral Chapel and again Saturday morning, Dec. 15,  beginning at 9 a.m. at The Church of Jesus Christ of Latter-day Saints, Old Pima Chapel, with the funeral services starting at 10 a.m. Bishop Teddy French will be conducting.  Interment will be in the Pima Cemetery.