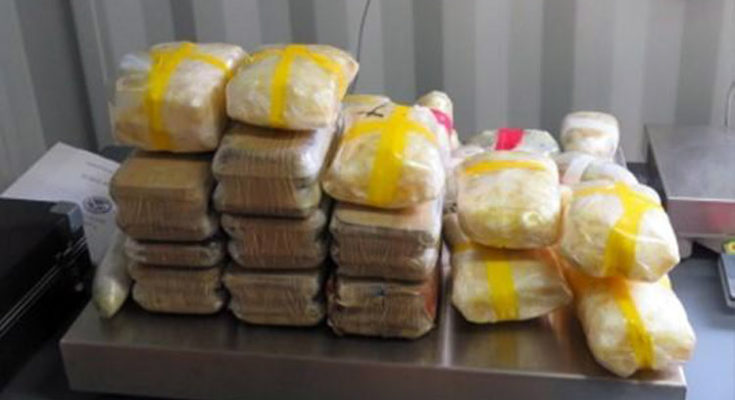 Contributed Photo/Courtesy U.S. Customs and Border Protection: Officers at the Port of Nogales seized a combination of meth, heroin, and cocaine from a suspect vehicle.

NOGALES – U.S. Customs and Border Protection officers at Arizona’s Port of Nogales arrested a Mexican national involved in connection with a failed attempt to smuggle a combination of 77 pounds of heroin, cocaine, and methamphetamine into the United States on Tuesday.

CBP officers at the Mariposa Crossing referred a 36-year-old Mexican man for further inspection of his Chevrolet sedan Tuesday morning. A CBP narcotics detection canine alerted to a scent it was trained to detect within the vehicle’s floor. Officers removed three packages of cocaine, 5 packages of heroin and more than 30 packages of meth. The drugs weighed a combined 77 pounds, worth a combined value of $644,000.

Officers seized the drugs as well as the vehicle. The subject was arrested and then turned over to U.S. Immigration and Customs Enforcement’s Homeland Security Investigations.