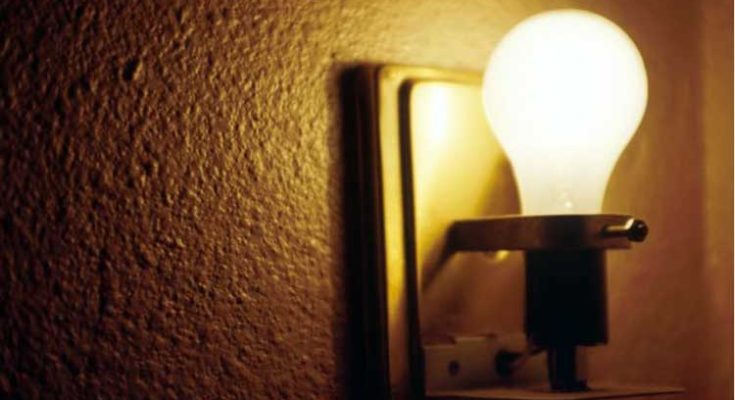 An incandescent nightlight was the culprit behind a fire that originated in a family’s laundry room Tuesday night.

GRAHAM COUNTY – A nightlight with an incandescent bulb plugged into an ordinary 110-volt outlet has been listed as the cause of a house fire of E. Sanchez Road on Tuesday night.

An acquaintance who attempted to help quench the fire suffered a burn to his hand and the family reportedly lost half a litter of puppies in the blaze. However, through the valiant effort of the volunteer Safford Fire Department, the fire was kept to its room of origin and the house is recoverable.

Safford Fire Chief Clark Bingham said he examined the burn pattern in the laundry room where the fire was and that the nightlight was the only ignition source possible. There was a stack of laundry that Bingham theorized was pushed up against the nightlight by the family’s dog and her puppies which caused the light to activate. The heat from the incandescent light in contact with clothing could have heated up to the point of ignition or the nightlight could have overheated from being continuously on and simply melted.

“The nightlight either came on or got switched on and sat and caught the laundry room on fire,” Bingham said. “That’s the only thing that was in there that could have caught that on fire. The fire started right there . . . This is an accidental fire.”

While this nightlight was of the incandescent variety, even cooler LED nightlights can pose a problem. According to Consumer Reports, more than 200,000 LED nightlights were recalled in 2012 because they overheated.

Additionally, the International Association of Home Inspectors has reported that various types of nightlights are recalled each year due to burning, fire, or electrical hazards. The group advised to only install nightlights directly into wall sockets in well-ventilated areas.

On Tuesday night, the resident allegedly told Graham County deputies that she had left to take her children to Firth Park and upon returning saw that her home was filled with smoke. She then drove to the San Jose area and picked up her friend and asked him to figure out where the smoke was coming from.

When they returned, the man told the resident to call 911 and emergency services were dispatched at about 10:43 p.m. He then went to find the fire and try to stop its advance.

The friend located clothes on fire in the laundry room and picked them up and threw them outside, according to a Sheriff’s Office report. He said there were puppies on the burning laundry and he took them and the mother dog outside as well. Sadly, half of the puppies did not survive.

Also, during his rescue attempt, the man said he must have grabbed some burning plastic as he shucked the burning clothes out of the house because he suffered a “severe” burn to his hand, according to the report.

Undaunted, the man returned with a garden hose and continued to fight the fire until relieved by the Safford Fire Department.

While the home suffered smoke damage and the laundry room suffered electrical damage, the residents didn’t lose a lot of property in the blaze, according to Bingham, and the house is recoverable.