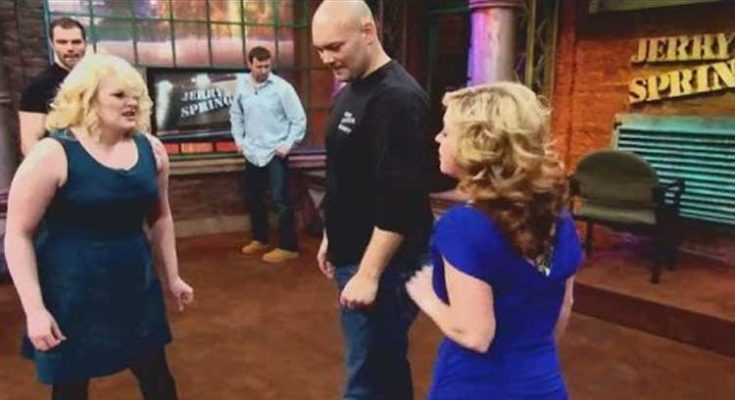 Jerry Springer Still Image/Courtesy NBC Universal: A mother and her juvenile daughter ran afoul of the law when they encountered some baby mama drama with another woman.

SAFFORD – Is Jerry Springer still on the air? If so, we’ve got a great lead for him.

A mother and her juvenile daughter were given disorderly conduct citations Friday, May 25, after the duo allegedly caused a scene at another woman’s residence.

An officer was dispatched at about 7:50 p.m. to the residence on the 1100 block of 5th Avenue regarding the disturbance.

According to a Safford Police report, Ashley Gentile, 32, and her daughter had come calling for some clothes and diapers that Gentile’s “husband” had given to a woman whom he recently had a child with. The victim said the father had given her the diapers and clothes for their daughter and that Gentile was probably mad because the father has been known to steal such items to give to Gentile, who then resells them, according to the victim’s statement to police.

The officer then patrolled the area and located Gentile’s car in the 1000 block of S. 3rd Avenue with Gentile standing near.

Gentile said her “husband” had an affair with the victim and that the baby was the result. She added that she had noticed some items missing from her “husband’s” house and she went to confront the victim about it. She said she didn’t yell or cause a scene but admitted her daughter from yet another father did yell and spat on the door. The daughter allegedly admitted to yelling and spitting but said they were all yelling at each other.

The officer canvassed the victim’s neighbors and one of them said they saw and heard the incident and corroborated the victim’s version of events. Gentile was then given a citation for disorderly conduct and her daughter was referred to juvenile probation for the same offense.