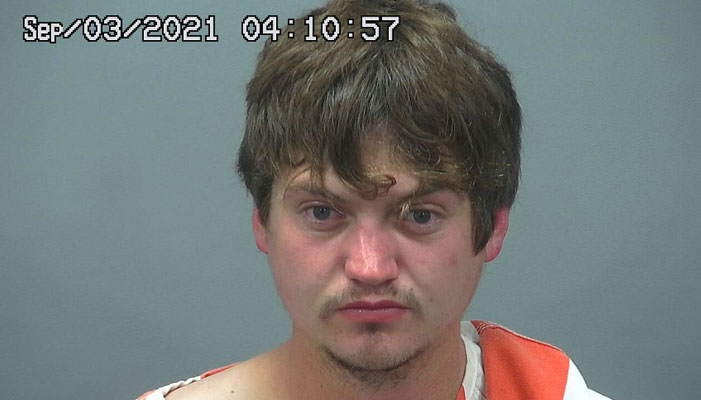 GRAHAM COUNTY – A man was jailed on Thursday, Sept. 2, on a number of offenses after allegedly speeding at 125 mph or more while intoxicated and fleeing from a pursuing police officer.

Tyler Chaffin, 22, was arrested and booked into the Graham County Adult Detention Facility on charges of aggravated DUI, endangerment, felony flight from pursuing law enforcement, and reckless driving. When asked why he was driving so fast and why he didn’t pull over for the officer when his lights and siren were activated, Chaffin allegedly said he believed he left the stove on in his apartment and was racing home. He also allegedly said he didn’t realize he was traveling that fast because his speedometer only goes to 90 mph.

According to a Graham County Sheriff’s Office report, a deputy was stationery in the area of U.S. Highway 70 and Nelson Drive at about 9:34 p.m. when his radar showed an eastbound vehicle traveling at 125 mph. The deputy saw the speeding vehicle was coming up on another vehicle, which turned off the road to avoid being struck from behind.

The deputy activated his emergency lights as the vehicle, later identified as a Ford F-250 truck, approached. The truck initially pulled over to the side of the road about 60 feet east of S. Nelson Drive, however, when the deputy approached the truck spun its wheels and made a U-turn westbound on U.S. Highway 70 toward Safford.

The deputy pursued Chaffin at speeds exceeding 90 mph as the truck entered the Safford area. The deputy reported losing sight of the truck as it passed Entertainment Avenue.

Shortly thereafter, however, a Safford officer informed that he had located the truck in the parking lot of Jumbo Chinese Restaurant at 817 W. Thatcher Blvd.

Upon arrival, Chaffin was outside of the truck with his hands in the air. The deputy and Safford officer then took him into custody. The truck had oil and coolant leaking from the engine compartment and was extremely hot and smoking.

Upon questioning Chaffin, the deputy noted several clues of impairment. Chaffin advised he had only consumed one beer but failed field sobriety tests. His blood was later taken for testing purposes and was then booked into jail on the above-listed charges without further incident.