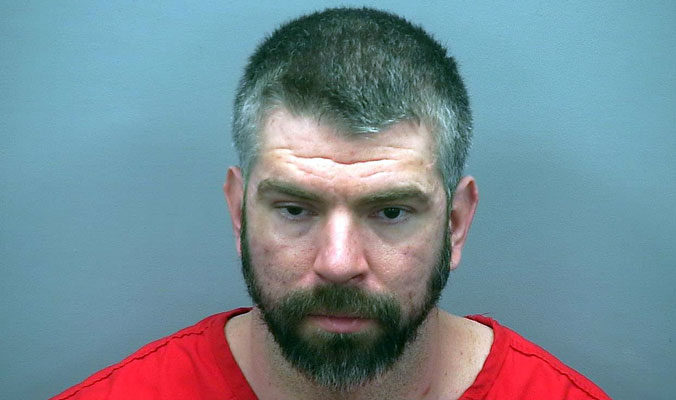 Contributed Photo/Courtesy GCSO: Leroy Fornof was booked into the jail for disorderly conduct and two counts of assault.

SAFFORD – Leroy Fornof, 32, was arrested and booked into the Graham County Adult Detention Facility on Feb. 25 for disorderly conduct and two counts of assault.

Fornof allegedly assaulted his live-in girlfriend while she was holding her 1-year-old granddaughter, and then assaulted the woman’s 17-year-old son after he came to the defense of his mother and child.

Officers were dispatched at about 10:52 a.m. to a residence on Stratton Drive regarding the assault. Upon arrival, the victim said her boyfriend accused her of having an affair with a foreign exchange student who was living with them and the argument escalated from there.

The victim said she was holding her 1-year-old granddaughter at the time and Fornof refused to let her leave the room and punched her in her right shoulder.

The victim’s son said he heard the two arguing and didn’t think much of it at first until he recalled his mother was holding his daughter. The 17-year-old then retrieved his daughter from his mother and put the infant down away from the fray. He then went back to his mother’s defense and he an Fornof had a scuffle that ended with him on the floor as Fornof choked him to near unconsciousness until his mother intervened.

For his part, Fornof said he was agitated by the victim because she continually poked her finger in his face and that he only either hit her or pushed her to get away. He said the 17-year-old then attacked him and he simply defended himself.

After getting everyone’s statements and examining marks on the three individuals, officers arrested Fornof and booked him into the jail.