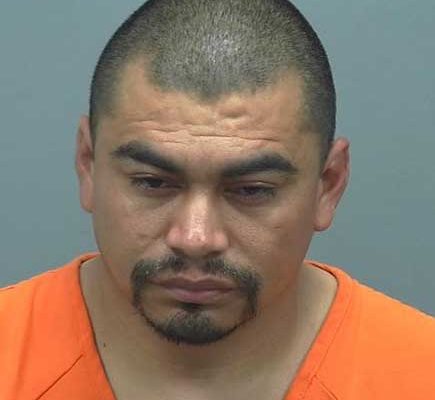 Contributed Photo/Courtesy GCSO: Artemio Sierra, 34, pleaded guilty to negligent homicide in the ATV DUI crash that killed his daughter and will be sentenced to prison.

SAFFORD – The man who recklessly drove an ATV while intoxicated with his two young daughters riding on the back – injuring one and killing the other – has pleaded guilty to negligent homicide.

After the hearing, Sierra was taken into custody and booked into the Graham County Adult Detention Facility due to his crime carrying a prison-mandatory sentence.

Instead of decades behind bars, Sierra will face a sentencing schedule that ranges from a mitigated minimum sentence of 1 year; a presumptive sentence of 2.5 years; and an aggravated maximum sentence of 3.75 years. Sentencing is scheduled for July 18, starting at 1:30 p.m. The length of his sentence (within those parameters) will be up to the judge.

After Sierra is released from prison, he will also have a probation tail on the endangerment charge, which will likely be standard probation for three years.

Sierra’s charges stem from an ill-fated ATV ride July 23, 2017, that ended with the death of Sierra’s daughter, Ximena Sierra, 8, and severely injuring another, Ludwyka Sierra, then 9.

Ximena was riding on the back of a Honda 400 ATV with Ludwyka, while Artemio operated the vehicle while intoxicated. The Arizona Department of Public Safety’s Crime Lab in Tucson listed Artemio’s blood sample taken hours after the crash to have a blood/alcohol content at .09, which is just over the limit of .08 for a standard DUI charge.

According to his statements to police, Artemio said it was just before 7:30 p.m. and he was traveling home at about 40 mph when the ATV struck a berm, causing both girls to be thrown from the vehicle and knocked unconscious.

Ximena didn’t have a pulse when she was brought into the Emergency Room at Mt. Graham Regional Medical Center. ER staff managed to restart her heart prior to her being airlifted to Tucson, but she later died at Banner-University Medical Center Tucson on July 28, 2017, after being taken off life support due to no brain function.

According to police reports, neither of the girls were wearing helmets as required by state law.