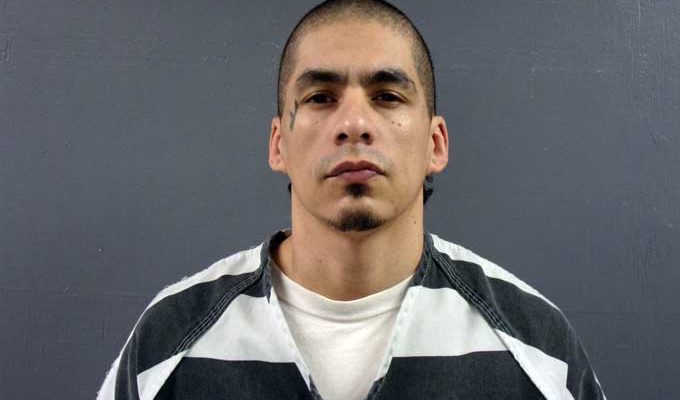 Contributed Photo/Courtesy Greenlee County Sheriff’s Office: Joey Soto was sentenced to 28 years in prison for administering meth into the anus of a mentally deficient woman.

CLIFTON – Joey Lousano Soto, 34, was sentenced to 28 years in the Arizona State Prison for injecting methamphetamine into the anus of a mentally challenged woman.

Soto and the victim had an ongoing text exchange in which the victim had sent him at least one nude photograph and had asked Soto to supply her with meth.

The incident occurred in April 2017, and Soto allegedly admitted to the victim’s mother that he injected the victim with meth because “he wanted to have sex.” Soto also admitted the same thing in a recorded interrogation session with police.

During his trial, Soto recanted his confession and said he only injected water into the woman’s anus. The jury did not buy that.

According to a court document, “The jury appears to have found that the victim’s mother’s (word) was more credible than that of the defendant’s.”

Greenlee County Attorney Jeremy Ford told the jury there were aggravating circumstances in the case, including the victim being a person with a disability and emotional harm. Judge Stauffer also found aggravating factors of prior felony convictions for enhancement purposes to qualify him as a repeat offender. A document said the court found “clear and convincing evidence that the defendant has two historical convictions” that warranted his imprisonment. That classifies him as a repeat offender.

It was also noted that Soto “has made a strong pattern of violation of the law.”

The court rejected defense counsel Rebecca Johnson’s memorandum citing mitigating circumstances. No weight was given to memorandums claiming the defendant had a troubled upbringing and that he was a family man with children.

Part of the court record noted that Soto, who has never been married, has six children via two separate relationships. The oldest child is a 15-year-old son.

Johnson’s memos included citing Soto’s need for treatment. The court also found no weight from support received by Soto’s family and community support. That included written letters on his behalf.

Due to Judge Stauffer finding no weight in the defense’s considerable mitigating circumstances and the unusually long term, Soto has filed an appeal of the sentence.

Soto had worked for contractors at the Morenci copper mine and left those jobs for various reasons, none of which were stated in court documents, other than he was fired once. He had more recently picked up odd jobs and reportedly sold drugs to make his living.

According to a court document, Soto said he first used alcohol when he was 16 and later used marijuana. He said he did not use meth until he was 25. That was nine years ago.

Soto was given credit for the 189 days he spent in the Greenlee County Jail. State officials picked him up last week and he was taken directly to state prison.