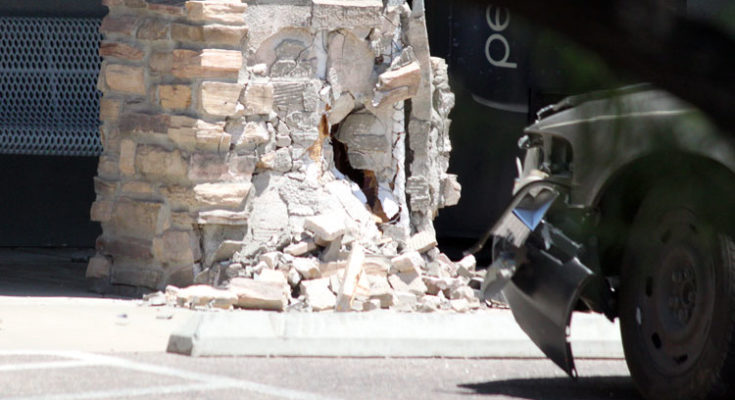 Jon Johnson Photo/Gila Herald: A man accidentally crashed his car into the SEABHS building on Thursday, June 6, while attempting to park in a handicapped space.

SAFFORD – A man accidentally accelerated while attempting to park in a handicapped spot at the South Eastern Arizona Behavioral Health Services building, Thursday, June 6, and collided into the building around 1 p.m.

According to a Safford Police crash report, Donald Jude St. Hilaire, 46, was driving a 2003, four-door sedan at the time of the crash. Donald was not injured but his passenger, Lois St. Hilaire, 41, was transported by paramedics with Lifeline Ambulance to Mt. Graham Regional Medical Center for treatment.

The report lists the cause of the collision as Donald driving at a “speed too fast for conditions” and regarded it as a private property accident involving greater than $1,000 in damages. Including the damaged column of the building, the front driver’s side of the vehicle also suffered damage.