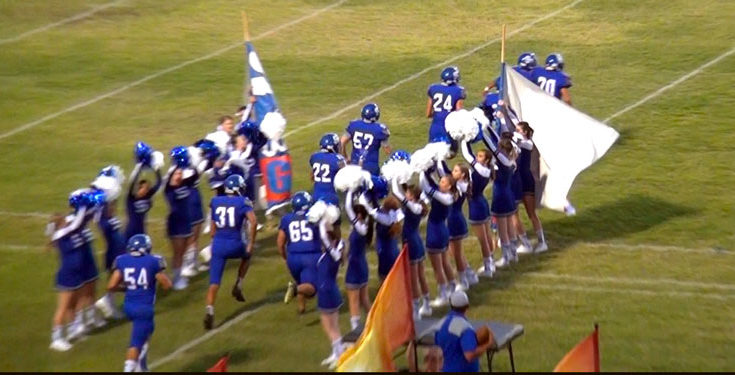 Jon Johnson File Photo: The Safford football team is under scrutiny after a cell phone video showing possible hazing during a football camp in the White Mountains was shared with the media.

A cell phone video of the incident was given to Phoenix television NBC affiliate 12 News, which ran this report Wednesday night. In the video, players are seen holding down one player while repeatedly punching him in his chest, back, and abdomen areas while laughing.

On Thursday, a private, closed-door meeting was held by the Safford School administration for parents and students of the school. Safford Unified School District Director of Instruction A.J. Taylor advised that the meeting was to inform the parents of the official information the school has given to the media, yet the media was not allowed to attend the meeting.

Taylor did, however, acknowledge that the incident occurred during the team’s camp in the White Mountains.

“We don’t have any information yet,” Taylor said. “We’re waiting to hear from the Pinetop-Lakeside Police.”

Taylor said he didn’t see Safford head football coach Eric Hjalmerson at the meeting, but the Gila Herald could not confirm if he was or was not present.

Taylor previously sent out this statement regarding the incident.

“Safford High School was made aware of a video at the end of the week of June 3rd, 2019. This video was a clip of some inappropriate behavior demonstrated by some of our Safford High School football team.  SHS staff immediately started to investigate in conjunction with Pinetop/Lakeside Police. The investigation is still ongoing and we are taking this matter seriously.  As always, the safety of our students is our number one concern.”