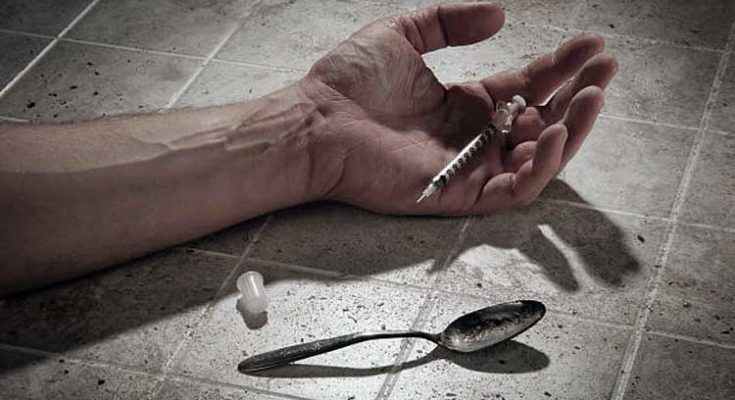 GRAHAM COUNTY – A young Graham County man was set to report to a rehabilitation facility the following day. But before doing so, he wanted to feel the warm rush of the drug just one more time. It could have possibly been the last thing he ever felt.

On Thursday, July 12, the man’s father was attending a Graham County Substance Abuse Coalition meeting when he received a call from his son at about 3:28 p.m., informing him that his son believed he was overdosing.

The paramedics treated the son at the scene, however, it was not reported whether they used Narcan (naloxone hydrochloride), which is an opiate blocker and can bring a patient out of an overdose situation. Narcan is available as a nasal spray, and anyone with friends or family who has an opiate addiction is recommended to have some of the opiate antidote on hand because it could mean the difference between life or death.

Last year, the U.S. saw 60,000 drug overdoses with roughly 40,000 being from opioids. According to the Arizona Department of Health Services, nearly 1,500 people in Arizona died from an opiate overdose in 2017. Nationally, opioids kill 115 Americans each day, according to the Centers for Disease Control.

According to a Sheriff’s Office report, paramedics stabilized the son to the point where his father was able to take him straight to the rehabilitation facility.

Some drug paraphernalia, including syringes and a burned piece of aluminum foil, was found on the ground to the south of the vehicle where the son was located. Due to not being able to determine possession, the deputies placed the paraphernalia for destruction and no charges are forthcoming.

In April, Arizona joined 40 other states and the District of Columbia and passed a Good Samaritan overdose immunity law that protects those from arrest and prosecution from drug offenses when experiencing or observing an overdose when calling 911 or seeking medical attention.

This article was updated at 5:38 p.m. to include Arizona in the Good Samaritan overdose immunity law.