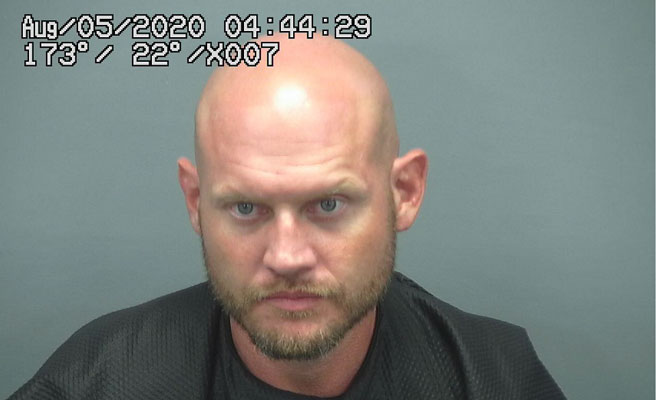 An officer was dispatched at about 1:43 a.m. to the Safford Inn at 520 E. U.S. Highway 70 regarding the assault. Upon arrival, the alleged victim advised the wasn’t sure who assaulted him but then pointed toward a man just outside the hotel who was walking away westbound.

The officer recognized the man walking away as Randolph Cornelius Dalzine, 36, of Safford, and believed he had a warrant for his arrest. Dalzine has a history of drug and weapons involvements, including being the victim of violence. Most recently in May, Dalzine suffered an apparent shotgun wound to his leg and was found in the desert behind Thunderbird Mobile Estates south of Safford.

On Wednesday morning, the officer caught up with Dalzine and detained him while confirming his warrant. The officer was advised Dalzine had two warrants for his arrest but they were non-extraditable. At that time, the officer requested to search Dalzine, who declined. The officer then advised that he was waiting for clearance on a local warrant and would then release Dalzine once that came back.

However, the officer reported he then saw Dalzine attempt to either reach or conceal something and a quick pat-down revealed a 9-mm Smith & Wesson handgun concealed in Dalzine’s waistband. Dalzine has numerous prior felonies that he has not had his right to possess a weapon restored and was recently arrested July 29 for misconduct involving weapons by the Arizona Department of Public Safety.

After locating the weapon, Dalzine was placed under arrest and was then searched. A bag of methamphetamine and a bag of heroin was located during the search. Both items were later tested and confirmed as the drugs.