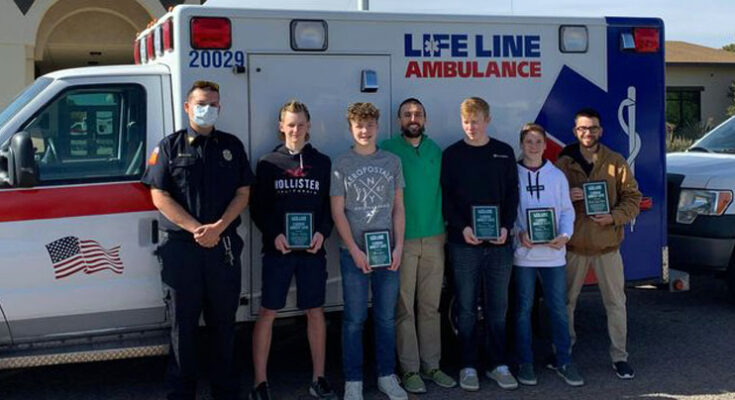 The incident took place while Summers was running sprints during an open gym at Paul Nelson Gymnasium just three days before the Thanksgiving holiday when he suddenly suffered cardiac arrest and collapsed.

With mere minutes before certain tragedy, a group of Thatcher Middle School basketball players and their coach sprung to action and helped save Summers’ life, giving him and his family a bit more to be thankful for that holiday.

Summers previously told the Gila Herald that he was extremely fortunate that the situation occurred while he was at the school as he often goes for runs or bicycle rides by himself and if it had occurred then, more than likely he would have died.

“Even if it would have happened at home, they probably wouldn’t have saved me in time,” Summers said.

Read the full Gila Herald article on the incident here.