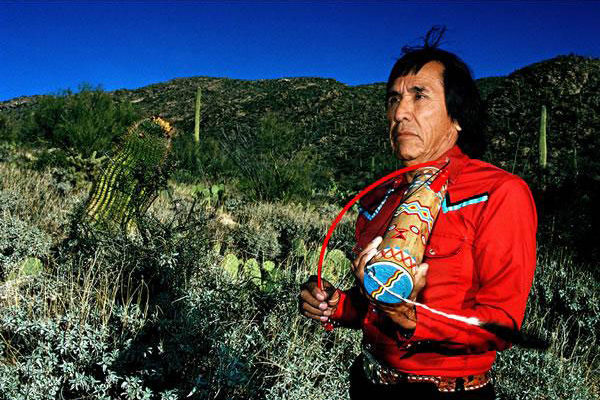 Photo By Tom Pich/Courtesy NEA: Chesley Goseyun Wilson, shown here in 1989 after being selected for a National Heritage Fellowship, will be the Parade Marshal at this year’s Gila Valley Pioneer Days Parade.

The 2019 Pioneer Days Celebration cumulates Saturday evening with the traditional parade followed by food, games, and the fireworks display.  This year, we are honored to have Chesley Goseyun Wilson as this year’s Parade Marshal.

Chesley Goseyun Wilson was born July 31, 1932, in the village of Bylas on the San Carlos Apache Reservation. He is a Western Apache of the Eagle Clan and is the great-grandson of Aravaipa Chief Hashkebansiziin (Eskiminzin) and the great-great-grandson of White Mountain Apache Chief Hashkedasila, who invited the United States government to establish a military facility on his land.

Wilson is a medicine man, qualified to conduct important tribal ceremonies, a singer, a dancer, and the last active member of a family of Apache violin makers descended from Amos Gustina, a seminal musician of the Western Apache people. The Apache have a long tradition of wood carving in general but are especially notable for their tradition of stringed instrument making, a musical tradition shared only, as far as is now known, with the Seri Indians of northwestern Mexico. The origin of the Apache violin is difficult to establish, though it seems likely that the tradition existed prior to the coming of the Spanish.

His is a life of selfless service.  A man of many talents, he has been at one time or another a maker and performer of the Apache fiddle, singer, dancer, medicine man, silversmith, model, and actor.  The young Chesley Goseyun Wilson was skilled as a wrangler and cowboy.  The U.S. Army sent him to Korea for two years, introducing him to many experiences different from the reservation.

A talented actor and model, his last movie was The Revenant (2015).  His modeling works included art magazines, other publications, and advertisements for Wrangler Western Wear.

He is the last active Apache violin maker.  In 1989 he received the National Heritage Fellowship, this nation’s highest honor in folk and traditional arts.  He still continues to work at keeping Apache crafts, customs and ceremonies alive.  One of his art pieces is in the Smithsonian.  An active member of the Apache Medicine Men Society, he continues to speak to Apache youth, encouraging them to avoid drugs and alcohol.  He encourages then to incorporate traditional Apache ways into their lives.

We are indeed fortunate to have Chesley Goseyun Wilson as the 2019 Pioneer Day’s Grand Marshall.

Gila Valley Pioneer Days will take place Friday, July 19, and Saturday, July 20, starting with a variety show and rodeo, Friday. The fun continues Saturday with a 5K run followed by volleyball and basketball tournaments and culminates with the parade and get together afterward. Click here for more information on this year’s Gila Valley Pioneer Days events. 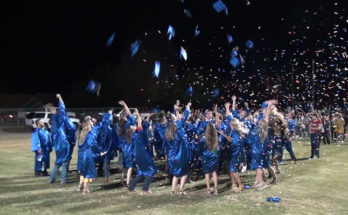 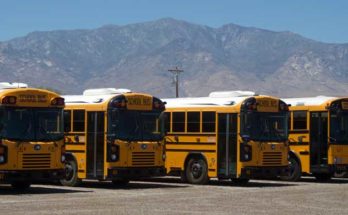