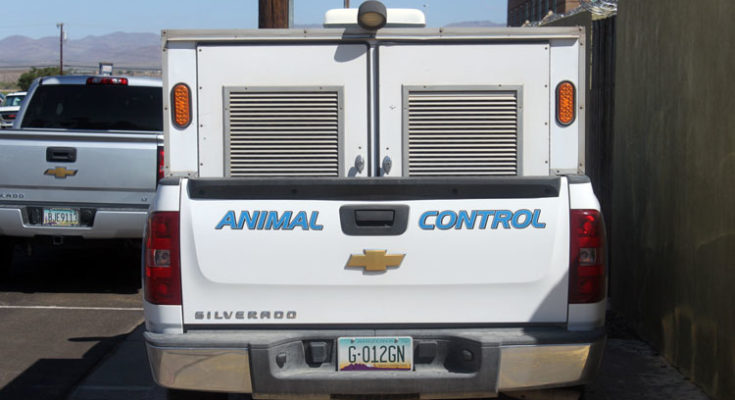 Jon Johnson File Photo/Gila Herald: The last of several dogs that were abandoned by renters who were evicted was found deceased inside the home.

SAFFORD – The last of a group of dogs abandoned by evicted renters Raul and Debra Castro was found deceased in the couple’s former residence Sept. 21 after a neighbor complained of the smell of the decaying dog.

The second dog evaded Damron, however, and ran away through an open window. (See Gila Herald “Renters abandon dogs after being evicted – Sept. 12.)

The captured dog was barely alive but still acted aggressively. The dog soon expired in the back of Damron’s Animal Control truck and was disposed of at the Safford Regional Landfill.

On Sept. 21, an officer was dispatched to the same residence at about 6:01 p.m. after a neighbor complained of a foul odor.

The officer and homeowner entered the home and came upon swarms of flies throughout. The majority of the flies were in a bedroom, however, and the dog that previously avoided capture was found deceased.

The homeowner said the property left in the house would be forfeited in a week as per the eviction process but that he would remove the dog and dispose of it properly so the neighbors would not have to deal with the smell anymore.

The officer forwarded his report to prosecutors for review and possible charging of cruelty to animals to Raul and Debra Castro.