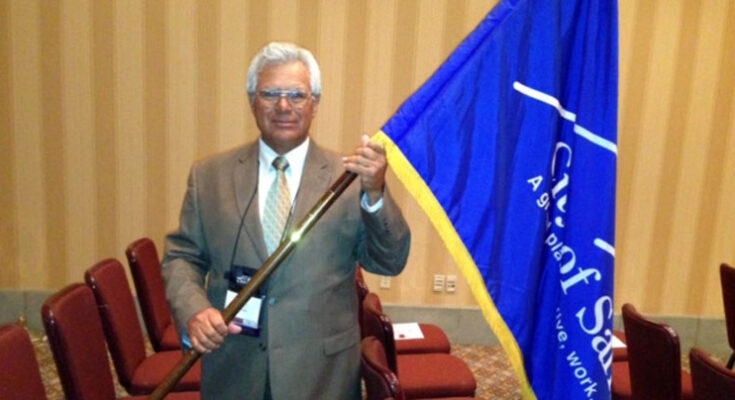 Contributed Photo/Courtesy Arnold Lopez: Arnold Lopez would like your vote for the Safford City Council.

This is the tenth installment of the Gila Herald’s candidate series for the council races for Safford, Thatcher, and Pima, and features Arnold A. Lopez, incumbent candidate for the Safford City Council. Early voting for the Aug. 2 primary has begun.

Second in our series is the city of Safford, which has four candidates vying for three council seats up for election. The candidates include incumbents Gene Seale, Arnold Lopez, and Steve McGaughey, as well as newcomer Luke Arbizo looking to make the cut. Each candidate was given the opportunity to provide their own editorial and picture. This is the fourth and final installment of the Safford series and features Arnold A. Lopez.

Hello, my name is Arnold A. Lopez.

I am seeking re-election to the Safford City Council. I was born in Safford and have lived in Graham County my entire life, except for time spent in the United States Army. My family has roots here in the Gila Valley as far back as 1881.

I’m a retired High Voltage Journeyman Lineman and worked in the same profession for 45 years. I also retired from the Arizona Army National Guard with 26 years of Honorable Service. My National Guard Service was with Det 1 258th Combat Engineers. That also included infrastructure.

I graduated from Thatcher High School and then attended Eastern Arizona College like many of us. My studies at EAC included electronics, solid-state circuitry, and electrical theory. I continued a lifelong study of high voltage distribution systems. I feel that working in the utility field has been an asset to me in my current position on the Safford City Council. It has helped me keep a watchful eye on the water concerns for our valley and city water system. I work to keep the water, gas, and electrical systems that we the residents own updated and as reliable as Mother Nature allows.

The city has many projects happening at all times. I look forward to the projects we have planned in the near future.

3. A new addition to our fire station

5. A new parks facility that has been budgeted

Doing none of this on my own. I work with the input of the community bringing their voices, ideas, and concerns to the conversations. And with the city employees, which we need to work to retain. I work with other county, state, and local elected officials including many wonderful organizations in our community. Working with current council members to keep the city of Safford in a strong economic position.

I would like to say to the citizens that I keep and honor the oath I took on behalf of the citizens of Safford. I ask for your vote to continue in this responsibility. I will keep residents first.