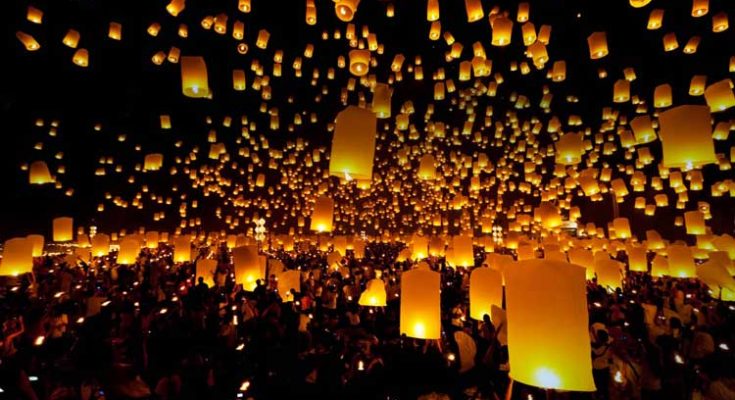 The inaugural Pima Lantern Festival is set for Friday night.

PIMA – The Pima High School Student Council invites the community to come light up the night at its inaugural Pima Lantern Festival on Friday, May 11, from 5:30 – 9 p.m. at the Pima Soccer Fields next to Vard Lines Memorial Roping Arena.

The event is a fundraiser for the student council for travel expenses the following year. Pima High School biology and anatomy instructor Jodi Alder is the student council’s advisor and said the money would be used to attend different conferences and functions.

“Everything we do cost money and the only way we’re going to be able to do those things is if we have some,” Alder said. “Our kids came up with this, and it’s unique and different. Hopefully, it turns into a yearly thing and we’re able to raise some good money from it.”

For the low cost of just $5 per individual, $8 per couple, and $20 for a family of five (with additional family members $2 each), attendees are granted admission to the event, which will also feature a variety of yard games for the youth. Lanterns and lighters will also be given to those in attendance.

Attendees will also be treated to music from the Pima Girls Choir and Pima Show Choir (conducted by Mike Bradley), along with several different soloists. Hot dogs, nachos, s’mores packets, and water and soda will also be available for purchase.

The event will culminate to its high point at about 8 p.m. when the lanterns will be lit and released as long as conditions remain favorable. Sky lanterns have started small fires at events where thousands have been released and they do become litter when they fall back down to the ground and can cause problems if eaten by livestock. Representatives from the Pima Fire Department will reportedly be at the scene to make the determination if it will be safe to release the lanterns. The lanterns are banned in 29 states, including bordering states of California and Utah, but are legal in Arizona.

“I think it’s going to be really neat,” Alder said.

So, come out and support the Pima Student Council and bring those children to see Pima’s “Tangled” moment as numerous lanterns ascend from the desert floor to parts unknown.