While the case against the sheriff’s juvenile son took place in Greenlee County, the hearings are held in Graham County in front of Graham County Superior Court Judge Pro Tem Travis Ragland due to the conflict of interest.

CLIFTON – The 15-year-old son of Greenlee County Sheriff Tim Sumner has been accused of sexually assaulting a female victim under the age of 15.

The defendant was adjudicated delinquent July 18. That means the case against him was heard in Juvenile Court and that what would have been listed as felonies in adult court are only delinquencies.

However, the Gila Herald has learned the case against the juvenile allegedly contains several severe crimes and is not a one-time offense. 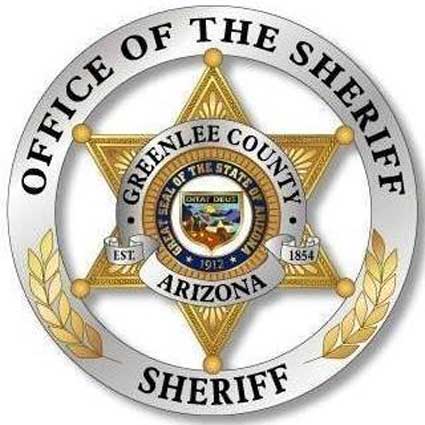 When he first ran for sheriff in 2012, Tim Sumner was quoted as saying that justice should be blind.

“Law enforcement decisions should be based on what occurred and not who you know, and accountability should go through all levels of the government as well,” Sumner said.

With the case remaining in Juvenile Court, the longest the defendant can be held is until his 18th birthday. The defendant will turn 16 in October, which means he can only be held for roughly two more years at the discretion of the court. It is unknown whether he is simply being held in Juvenile Corrections in Pinal County or if the court has ordered therapy for his alleged actions. While therapy for juveniles is usually stressed – which is one reason cases remain in Juvenile Court – with the case being sealed there are few ways to know exactly what the court has deemed or will order without acknowledgment from the defendant’s family members themselves.

Conversely, if the defendant had been a couple of years older, he would have likely faced decades in prison for his alleged actions.

The day after the article was posted, Sheriff Tim Sumner replied with the following comment, which has not been edited.

As a law enforcement officer, and particularly the sheriff, I put a lot of value in serving and protecting the community. We chose to make this place our home and have shown our love for this community through sacrifice and serving it in many ways. I believe in doing the right things for the right reasons and have strived to do my best for this county. In my pursuit of this goal and the many hours, I regret that I have neglected adequate time with my family. Our son has made some bad choices that we are now dealing with. I chose to conflict this case out to another agency to properly and impartially investigate and adjudicate while I held only the role as father. My son admitted his mistakes with deep regret, accepted the consequences, and the case has been adjudicated through juvenile court. Our family is dealing with the consequences now and our son is working to make himself a better person with a bright future. This is what we hope for anyone who makes poor choices; that they are able to deal with it appropriately by utilizing whatever resources are available and moving forward in life while learning to make better choices.

Despite these trying circumstances, I will continue to serve you in a professional and dedicated manner while balancing work time with my family time. I have been very thankful and blessed in this position, but I do regret that my family has to be in the spotlight because of my position. I wish media would hold to an ethical standard that does not exploit children and publish speculated information from a sealed juvenile record. However, I firmly believe in our Constitution and would at any moment lay down my life in defense of our Constitution, to include freedom of the press under the 1st Amendment. If I was working any other job, this would not be a news story; it would be a juvenile matter that was handled properly and wouldn’t be published. Furthermore, I love my family and I am thankful that we support one another and they support my position even knowing they are labeled and scrutinized as the sheriff’s children.

We are taking things one step at a time to move forward as a family, trusting God to strengthen and mend us. Many families struggle with all sorts of issues and it has always been very heavy on our hearts what other families have endured while we’ve sincerely prayed for them. I have always believed in helping young people make healthy life-long choices; at times some youth have unfortunately not done so, as our own son in this circumstance. During this difficult time for us, I ask for our community’s support in respecting our privacy by not sharing, gossiping, slandering, liking, or otherwise perpetuating hurt upon my wife and children. Our son made a bad choice and it is now your choice to do right or wrong in regards to this request towards my family. We all make mistakes, and we are thankful for God’s grace, forgiveness, and restoration. We appreciate the loving concern that many have expressed and we ask for your continued support, and especially your prayers!

Editor’s note: Despite the sheriff’s assertion, due to the extreme seriousness of the crimes committed by the juvenile, this article would have been written no matter what position Mr. Sumner held. The Gila Herald intentionally left out a large amount of information regarding the accusations against the defendant and his repeated offenses to spare the victim in this case any more undue harm. Regardless, the defendant’s actions are much more serious than “a mistake”. As alluded to previously, an adult defendant who made the same sort of  “mistake” was sentenced last year to more than 40 years in prison. Reporting crimes committed upon citizens of this country is not exploitation, it is reporting the news.