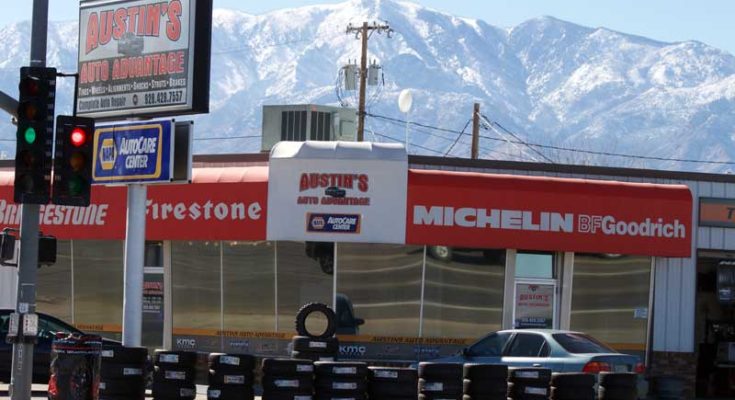 Jon Johnson File Photo/Gila Herald: A Safford officer arrested a man and a woman in two separate DUI cases within hours. The first involved a collision that had a Polaris Razor end up on its side in the parking lot of Austin’s Auto Advantage.

The officer was first dispatched at about 10:01 p.m. on Friday to the intersection of U.S. Highway 70 and 8th Avenue regarding a collision between a Polaris Razor and a sedan.

According to the police report, the Razor was located on its side in the parking lot of Austin’s Auto Advantage. Upon arrival, a witness informed the officer that the three females who had been in the Razor appeared to be intoxicated and had hidden beer that was in the UTV.

The driver of the Razor, Melissa Arrellin, was drinking water and chewing gum when approached by the officer, but the smell of alcohol was still noticeable. She later failed a field sobriety test and said the crash occurred because the driver of the sedan “ran a green light.”

A witness reported that the sedan did indeed have a green arrow and was in the intersection turning from 8th Avenue onto westbound U.S. Highway 70 when the speeding Razor entered the intersection and caused the collision.

However, video surveillance from the tire shop reportedly showed the vehicles both entering the intersection while the traffic light was yellow and the sedan would be found for failing to yield to the right of way.

Arrellin refused a portable breath test at the scene and was subsequently arrested for DUI. She refused to submit to a blood test as well, and the officer had to obtain a warrant to take her blood. Afterward, she was released to her mother at the police department with DUI charges pending results of the blood test.

The officer reported seeing a tan car turn eastbound onto U.S. Highway 70 from the area of the Valley Telecom building. A cursory check showed the vehicle’s registration had recently expired.

The officer executed a traffic stop on the vehicle and the driver, identified as Clayton Barnes, showed several signs of being under the influence of methamphetamine.

Barnes, who advised he had been down at the Gila River, allegedly said he hadn’t used meth for weeks but then said he had smoked some meth just a few hours prior to being stopped. A glass pipe with apparent meth residue, two syringes and two spoons with apparent drug residue were located in the vehicle’s center console.

Barnes was then placed under arrest and the vehicle was released to his father, who responded to the scene.

Another officer attempted to perform a blood draw on Barnes at the Safford Police Department but, due to damage from previous intravenous drug use, the officer was not able to obtain a sample.

Barnes was then taken to Mt. Graham Regional Medical Center, where a hospital employee managed to draw the required amount of blood from his left arm.

Barnes was then transported to his parents’ residence and released. Charges of DUI-drug and possession of drug paraphernalia are pending blood test results and review by the Graham County Attorney’s Office.