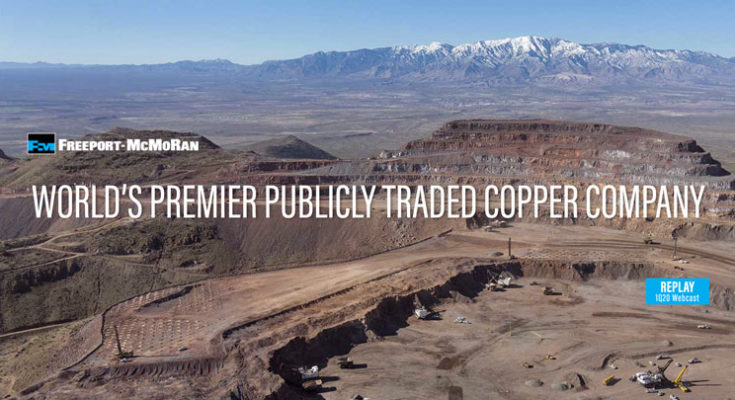 Lab sites may be next

SAFFORD – While employees at Freeport McMoRan Inc.’s Safford Operations may have gotten a sense of security due to a previous letter from its general manager, the company recently began applying forced unpaid furloughs to workers.

“Based on Lone Star project needs and current production requirements, we have furloughed a small number of Safford employees,” Freeport-McMoRan Vice President of Communications Linda Hayes said. “Before doing this, we actively looked to replace contractors with Freeport-McMoRan employees to minimize the impact on our workforce.”

Another employee who requested anonymity advised of being aware of roughly 30 employees who previously were told they were safe had been recently furloughed.

“Layoffs are happening here in Safford every day of every shift,” the employee said.

And more could be on the way.

On Tuesday, May 12, an “announcement of possible action from Freeport Minerals Corporation advised of the Worker Adjustment and Retaining Notification Act of 1988 (WARN) which encourages employers to give advance notice to potential effected employees of a planned mass layoff or planned closing was sent to workers of its sites at Safford Analytical Services lab off U.S. Highway 70, Safford Process Technology in Sanchez and multiple sites in Tucson.

“Although the company currently does not have plans to engage in an event that would trigger a legal WARN notice, based on the uncertainty facing the company and the spirit of being transparent and open, it is issuing the voluntary WARN notice now to our employees who may be potentially impacted,” the notice said.

“The company currently anticipates that further unemployment losses may occur during the 14-day period beginning June 21 and ending July 4 and that your employment may be impacted during this timeframe.”

On Friday, April 24, Freeport announced its revised operating plans to reduce milling at its seven mines in North America by 20 percent but advised it would still complete the Lone Star copper leach project adjacent to its current Safford mine. The project was already 90 percent complete and had a remaining investment of about $100 million for 2020, according to the release.

Also on April 24, Safford Operations General Manager Jeff Monteith sent out a letter to “community partners” that stated while actions were being implemented to significantly reduce all elements of costs and capital spending due to lower copper prices, Safford Operations would “not see any significant changes based on these revised operating plans.”

On April 15, Senior Vice President and Chief Administrative Officer Steve Higgins sent an email to North American workers advising of a hiring freeze and the rescinding to all job offers and the suspension of the company’s summer intern program. Higgins advised the company would also announce furloughs at its operating sites in the coming weeks and encouraged those who could to take advantage of an “enhanced separation program” that involves severance benefits to those who wish to leave the company. Freeport is also looking into if there is any interest in part-time employment and unpaid leaves of absences for up to one year.

However, Monteith was also positive about the mine’s ability to recover and rebound in time.

“Our company has substantial experience in successfully navigating challenging conditions,” he wrote. “We are confident we will overcome the near-term challenges and remain confident about the long-term positive future of our business.”

Monteith has not responded to the Gila Herald’s request for comment on the recent furloughs in a timely manner.

Freeport is the largest employer in Greenlee County and operates seven open-pit copper mines in North America. It owns a 72 percent interest in the Morenci Mine, which is its largest mine in North America. It also operates its wholly-owned Safford Mine and began its Lone Star copper leach project near the Safford Mine in 2018. Production at Lone Star is expected to average approximately 200 million pounds of copper per year to start. A large number of workers and businesses in Graham and Greenlee counties are directly tied to the mines.