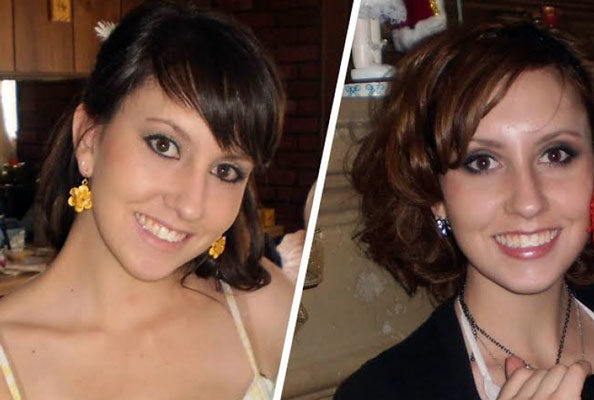 Contributed Photo: The murder of former Pima resident Cassy Marie (Brooks) Farrington at the hands of her estranged husband, Bradley Scott Farrington, will be the focus of a ‘Dateline NBC’ episode Friday night.

SILVER CITY – The story of the murder of former Pima resident Cassy Marie (Brooks) Farrington, 23, at the hands of her estranged husband, Bradley Scott Farrington, 31, also formerly of Pima, in her own residence in Silver City, N.M. will be the focus of Friday night’s episode of “Dateline NBC”. The program will air on NBC starting at 9 p.m.

Cassy was going through a divorce and custody battle with Bradley when she was violently strangled to death fully clothed in her bathtub March 24, 2014. The couple had been separated since 2013 after allegations of a relationship riddled with domestic abuse.

Bradley, who was a former Silver City police officer prior to the time of the homicide, was arrested in Tucson in 2015 by the U.S. Marshals Southwest Investigation Fugitive Task Force. He was found guilty of first-degree murder August 17 after a jury deliberated for just four-and-a-half hours. He was then sentenced Sept. 7 to life in prison with the possibility of parole after 30 years.

During Bradley’s trial, it dissension between deputies in the Grant County Sheriff’s Department became known regarding some who appeared to protect Bradley and others who considered him a suspect.

According to an article in the Silver City Daily Press by Christine Steele, Grant County Deputy District Attorney Matthew Bradburn told the jury during closing arguments about Cassy’s fear of Bradley and that her helplessness in feeling not able to call law enforcement for help.

“My husband is the police,” Bradburn said according to the report. “You heard that from multiple witnesses. What a place to be in your life that you can’t even call the police for help.

No one else had any motive, any reason, to do Cassy Farrington any harm. This was a planned violent attack. It’s the kind of violence that is up close and personal. This is not someone getting shot from a distance. This shows anger, rage, and violent intent.”

This is Silver City, New Mexico. But this is not a travelogue, no… @dateline_keith reports for an all-new #Dateline Friday at 10/9c on NBC. pic.twitter.com/lUsh3fr24o

The program will air Friday night starting at 9 p.m. on NBC.