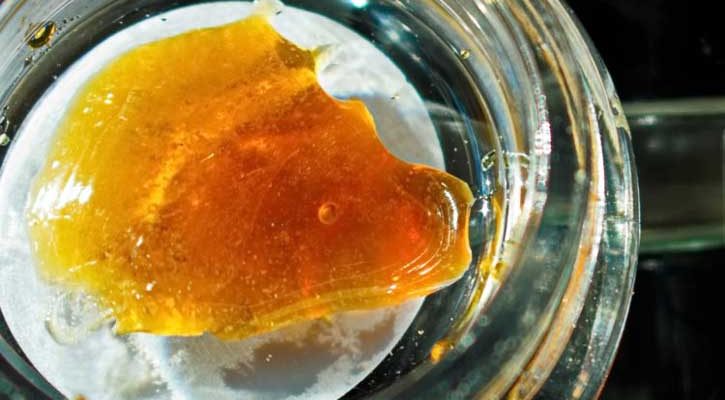 SAFFORD – A former medical marijuana patient found to be in possession with “shatter”, also known as “wax” or “dab”, a concentrated form of marijuana, was listed as having committed violations of possession of a narcotic drug and possession of drug paraphernalia in the early morning hours of Friday, July 20.

Simeon Hall, 18, was pulled over for a traffic violation at about 12:04 a.m. and during the interaction, an officer located a small plastic container that had some dab in it.

Hall, who was previously a medical marijuana patient, said his medical marijuana card expired two months prior and he had not renewed it. He also claimed he didn’t realize the dab was in his vehicle and that it belonged to another person.

In November 2010, Arizona voters passed the Arizona Medical Marijuana Act, allowing patients to obtain and use marijuana as well as businesses to grow and sell it to them. However, the verbiage in the law has allowed prosecutors to fight against what they define marijuana to be.

In 2014, a Maricopa County Superior Court Judge shot down Maricopa County Attorney Bill Montgomery’s attempt to prosecute the parents of a young boy with epilepsy who used cannabis oil extracts to reduce his seizures and ruled the AMMA made all cannabis-derived products legal for qualified patients.

However, on June 26, 2018, the Arizona Court of Appeals ruled in a  2-1 decision that cannabis extracts are illegal under Arizona law despite what the AMMA states. In the AMMA, the definition of marijuana is the “dried flowers of the marijuana plant, and any mixture or preparation thereof.”

That case revolves around a Yavapai County medical marijuana patient, Rodney Jones, who was arrested in 2013 for possession of 1.5 grams of hashish, which is made from extracted cannabis resin, in a jar. Jones was convicted in the Yavapai Superior Court in 2016 for possession of a narcotic drug and possession of drug paraphernalia and was sentenced to 2.5 years in prison.

The writers of the AMMA have stated that of course, that includes the resin extracted from the dried flowers, but the ACA deemed the resin extracted as a narcotic drug, which is then lumped into the same category as heroin and possession is considered a class-4 felony.

The ruling effectively makes all edibles, oils used in vaping and extracts for dabbing like shatter or wax illegal. In contrast, the Florida medical marijuana law does not allow for smoking the flowers and patients must use cannabis oils for vaping.

Oils, whether used for vaping, in edible formulations or just simply taken orally, has been a preferred method for patients to take cannabis for serious ailments, such as epilepsy. Additionally, some extracts sold at dispensaries are high in cannabidiol (CBD), which doesn’t get a user high, and low in tetrahydrocannabinol (THC), which is the active ingredient to get someone high.

Dispensaries have not pulled their edibles and vape cartridges from their shelves, however, and the products that the ACA deemed illegal are still available throughout Arizona. Dispensaries say they are operating under the regulations of the Arizona Department of Health Services, which oversees the AMMA’s implementation and has allowed concentrated medicines derived from the cannabis plant since the beginning.

Additionally, most believe the ACA’s ruling will be struck down by the Arizona State Supreme Court. If Jones doesn’t file an appeal, other entities are poised to move it to the top court in his stead, including the Arizona Chapter of the American Civil Liberties Union and the Arizona Attorneys for Civil Justice, which sent out a Tweet immediately after the ruling saying they were already working on the next step.

For Jones, however, without a valid medical marijuana card, it likely won’t matter what the State Supreme Court ultimately rules. He was released at the scene, but his case was forwarded to the Safford City Attorney for review of charges of possession of a narcotic drug and possession of drug paraphernalia.

This article was updated to indicate Hall was not arrested at the scene and released from the traffic stop with charges pending review from the Safford City Attorney after the officer confiscated the concentrated marijuana.