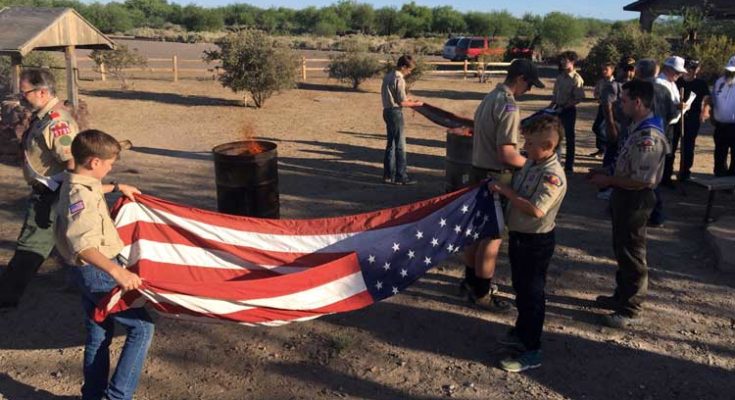 On June 14, 1777, the Second Continental Congress adopted the Stars and Stripes to be the official U.S. flag.  In 1916, President Woodrow Wilson officially designated June 14 as National Flag Day in the USA.  Often lost in the wake of Memorial Day, and now Juneteenth (June 19), it is still a National Day of Observance.

Old Glory’s birth, in American lore, is attributed to Betsy Ross. Her association, primarily through church ties, with various Revolutionary War figures, such as General George Washington, Robert Morris, financier of the Revolutionary War, and Colonel George Ross, a relative, lend credence at least to her involvement.  However, others claim that Francis Hopkinson, a delegate from New Jersey who signed the Declaration of Independence, designed the American flag.

In 1780, Hopkinson sought payment from the Board of Admiralty for his design of the “flag of the United States of America.” However, his petition for payment was denied on the grounds that “he was not the only one consulted” on the design.

Both did make flags.  Betsy Ross did, as evidenced by a receipt for the sum of more than 14 pounds paid to her on May 29, 1777, by the Pennsylvania State Navy Board for making “ships colours.”  Both Ross and Hopkinson may have had a hand in it, but the full facts are buried in history and surrounded by legend.

Old Glory should not be Faded Glory

In any case, here we are, proudly flying the U.S. Flag. We fly it for our country, not for any particular political persuasion or purpose.  Keeping the colors in good condition and properly displayed is a responsibility we assume as patriotic Americans and observers of flag etiquette.

1. The U.S. flag should be in dignified condition to demonstrate our respect for the flag and country.  Flags no longer fit to fly include discolored, tattered, or ripped flags. Flags in poor condition should be properly disposed of by burning in a respectful manner.

2.  Flags displayed outdoors should be flown between sunrise and sunset.  If flown 24 hours a day, they should be properly illuminated.  If you can see the flag on the pole in the surrounding dark, it is deemed to be well lit.

3.  Flags flown in inclement weather should be made of an outdoor-type material, such as nylon or other rip-resistant materials.

The glory is faded by a weather-beaten flag

If you look around Graham County you will find examples of properly displayed U.S. flags, and some that are no longer serviceable or fit for display. Some of our local flags are shown here.

Memorial Day, when flags are traditionally attached to Veteran graves, was generally regarded as a starting point for flag maintenance.  In many cities, the small flags are later collected and turned over to the American Legion and VFW for disposition.  Both have serious patriotic ceremonies specified in their bylaws.

Locally, the Thatcher post of the Veterans of Foreign Wars is inactive.  We were unable to contact the officially listed Boy Scouts of America contact in Safford.

There is no official Federal “ritual” for disposing of the flag, but the American Legion by proclamation urges posts nationwide to adopt ceremonies on June 14 to properly dispose of unserviceable US flags. A specific ceremony is included in their Manual of Ceremonies.

According to Eric Taylor, Commander of Safford Post 32 of the American Legion, a flag retirement ceremony will be conducted at 11 a.m. on Tuesday, June 14 as a Flag Day observance.  If you are interested in disposing of an unserviceable flag, you can drop it off at Post 32 any day, any time during business hours prior to the ceremony.

American Legion Swift Murphy Post 32 is located at 531 S. 11th Ave., in Safford,  The Post is adjacent to Firth Park on the side street.

To Do-It-Yourself with Dignity

Honor those who have served by taking the time to learn how to respectfully retire and dispose of a flag.

As a patriotic American, you may find this season a good time to take down your old flag and fly a new one. Double-stitched outdoor flags made of durable materials can be purchased for $20 or less.  Traditional flag sizes are 3’ x 5’ and, for larger poles, 5’ x 8’.  A good choice in the high wind conditions of Graham County on a small property might be a 2’ x 3’ version.

To really show your patriotism, buy one that is made in the USA.