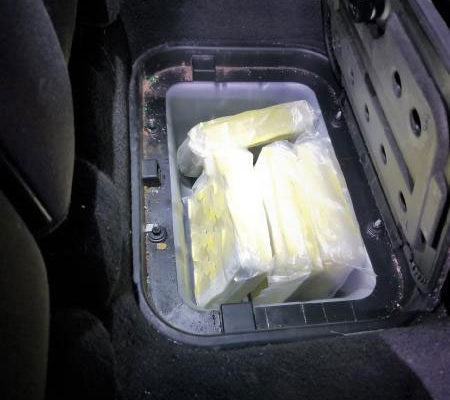 At approximately 5:30 p.m., a Border Patrol canine assigned to the primary inspection lane alerted to an odor it was trained to detect emitting from a silver 2013 Dodge Journey. Agents referred the vehicle to the secondary inspection area and discovered seven packages of suspected fentanyl in the rear floor factory compartment. The suspected fentanyl had an approximate weight of 17.48 pounds.