The convicted child rapist emerged from the tree line without warning, walked quickly past the elders who feared him, and entered the Navajo home, where his 15-year-old daughter was feeding her pet rabbits.

A short while later, the 6-foot-3-inch man known for being violent emerged with the girl, promising to return in half an hour. But that was a lie. Ozzy Watchman Sr. was kidnapping his daughter for the second time in six months.

Family members pleaded with tribal authorities to issue an Amber Alert, but it never came. Nearly two weeks passed before Watchman and his daughter were found on June 30 — not by Navajo police or the FBI, which has the investigative lead in such cases, but by a maintenance worker who encountered the two as they scavenged for food.

Child sexual abuse is among the worst scourges on Indigenous communities in North America, yet little hard data exists on the extent of the problem. Some researchers estimate it could be as high as one in every two children.

Dr. Renée Ornelas, a veteran child abuse pediatric specialist working in the Navajo Nation — the largest and most populous tribe in the United States — said practically every family she sees has a history of child sexual abuse.

The federal government has been responsible for investigating and prosecuting “major crimes” in Indian Country since 1885. A century later, child sexual abuse was added to the crimes list. But not until the last decade has the Justice Department been required to publicly disclose what happens to those investigations — disclosures that suggest many cases of child sexual abuse are falling through the cracks.

A Howard Center for Investigative Journalism analysis of Justice Department data shows that the FBI has “closed administratively” more than 1,900 criminal investigations of child sexual abuse in Indian Country since 2011. Such cases are not referred to federal prosecutors because, the FBI says, they fail to meet evidentiary or statutory requirements. But child sex abuse investigations accounted for about 30% of all major crimes on reservations closed by the FBI each year — more than any other type of crime, including murders and assaults, the analysis showed.

Justice Department case management data, analyzed by the Howard Center, reveals that U.S. attorneys pursued charges less than half the time in child sexual abuse cases from Indian Country — about one-third less often than they filed charges in other crimes. Only a small percentage of child sexual abuse defendants from Indian Country went to trial. Most cases, such as Watchman’s previous child sex abuse, ended in plea bargains, which typically involve lesser sentences.

Combating child sexual abuse is difficult anywhere. The crime is often committed by a relative or family friend, increasing the pressure on the victim to stay silent. Physical evidence is rare, and conviction can hinge on the testimony of someone barely old enough to describe what happened.

But in Indian Country the problem is complicated by what one former U.S. attorney calls “a jurisdictional thicket” of tribal and federal authority spread across wide swaths of territory, making communication and coordination difficult.

Tribal courts are limited by U.S. law in the kinds of cases they may try. The federal government must step in when the crime is considered major, such as child sexual abuse, or when it occurs on a reservation and the suspect is non-Native. On reservations in a handful of states, including Alaska and California, that authority has largely been handed over to the state.

This means the first authorities on the scene must quickly determine the type and location of the crime and the tribal membership of both the victim and suspect. If one of those things is in question, investigations can grind to a halt. Crime scenes can go cold, cases get closed without consequence, and cycles of violence continue.

“I suspect that’s why there’s so many adults that have these histories of child sexual abuse,” said Ornelas, who runs a family advocacy center at Tséhootsooí Medical Center in Fort Defiance, Arizona, located within the Navajo Nation. “It’s been a problem for a long time. And there’s a lot of offenders out there who get to re-offend and move on to other children in the family.”

U.S. attorneys and their teams of prosecutors have wide latitude in deciding which cases to take and which to decline. Justice Department guidelines require that they choose those most likely “to obtain and sustain a conviction.” Federal prosecutors focus mostly on major fraud and counterterrorism and don’t typically prosecute violent crimes, the kind of cases that are handled by local and state prosecutors when the crime occurs outside of reservations.

“The bottom line is that they just focus on the cases that are, you know, relatively easier to do, said Troy Eid, former U.S. attorney in Colorado and current president of the Navajo Nation Bar Association. “I think that’s human nature, right, and that’s how you stay funded.” He also noted Indian Country doesn’t have much of a political constituency, compared to the rest of the U.S. population.

Insufficient evidence is the reason most often cited for closing or declining to prosecute child sexual abuse cases from Indian Country. But that can be a subjective call and there’s little oversight of the cases that get closed or declined, the Howard Center found.

One former FBI agent, who spoke on the condition he not be named, said “there’s a lot of cases that have fallen between the cracks” in Indian Country. “I don’t think a lot of people know,” he said, referring to a large number of declined cases as a “dark corner in Indian Country.”

A spokesman for the Justice Department said decisions not to prosecute were “not a useful measure of outcomes in most cases.”

“Child sexual abuse is abhorrent, illegal, and causes long-lasting damage to young lives,” Wyn Hornbuckle, deputy director of public affairs, said in a statement. “The Department of Justice takes its work to address violence in Native American communities extremely seriously, especially the abuse and victimization of children. We will continue to prioritize these efforts, including by working with state, local, and tribal law enforcement partners to maximize and coordinate our responses to such matters.”

These often-unspoken crimes — some elders believe talking about them invites trouble into the home — are part of an ongoing legacy of sexual trauma that began with colonization and continued in the boarding school era in which thousands of Indigenous children were taken from their families in a forced cultural assimilation program. Chronic alcoholism, poverty, and a lack of housing — all of which are widespread on many reservations — are a vestige of and a contributor to the cycle of child sexual abuse, experts say.

Tribal court jurisdiction expanded slightly in 2013 when the Violence Against Women Act was reauthorized to include non-Native domestic abusers. The law did not address sexual crimes against children. A 2021 draft of the reauthorization bill gives tribal authorities the right to prosecute non-Native offenders if they sexually abuse a child on tribal territory. But it’s unclear if that language will survive long-held concerns in Congress about further expanding tribal courts’ power to try and sentence non-Native offenders.

“We sometimes forget that the United States has this affirmative trust obligation to provide public safety or health care or other things to tribal governments and Indigenous peoples,” said Trent Shores, former U.S. attorney for the Northern District of Oklahoma and a member of the Choctaw Nation. “That’s something that our Founding Fathers agreed to and set out in treaties. And so, you know for me, there is sometimes that frustration when Indian Country is forgotten.”

Editor’s Note: This is the first of a four-part series that will run this week. 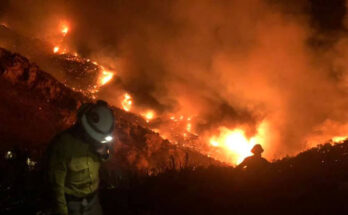 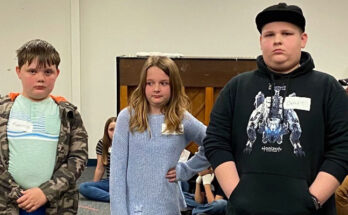