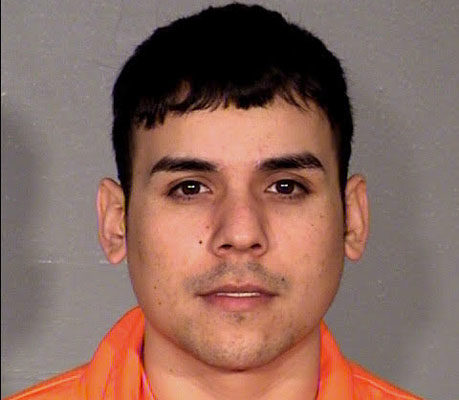 Contributed Photo/Courtesy ADC: Escaped inmate Carlos Corella-Rivera is no longer believed to be in the greater Safford area.

ADC continues to search with assistance from U.S. Marshals

GRAHAM COUNTY – On Thursday, the Arizona Department of Corrections advised that escaped inmate Carlos Corella-Rivera, 23, of Glendale, is no longer believed to be in the Safford area and possibly could have fled to Mexico.

Corella-Rivera was an inmate at ASPC-Safford and was one year into a six-year prison sentence for transportation of a dangerous drug (methamphetamine) for sale when he walked away from a supervised off-site work crew at the Graham County Fairgrounds on Sept. 26. He was last seen by a fairgrounds crew supervisor at approximately 11 a.m. ADC dispatched its chase teams, tracking dog teams and fugitive apprehension unit to search for the fugitive inmate. Local authorities also assisted in the search, according to a release.

He had been assigned to the Graham County Fairgrounds work detail since July. He wasn’t scheduled to be released from prison until Oct. 3, 2023.

According to Andrew Wilder with ADC Media Relations, investigators have reason to believe Corella-Rivera is not in the greater Safford area and, due to his ties to Mexico, has possibly fled there. He added that the ADC is continuing its effort to locate the escaped inmate and is working in coordination with the U.S. Marshal’s Fugitive Task Force.