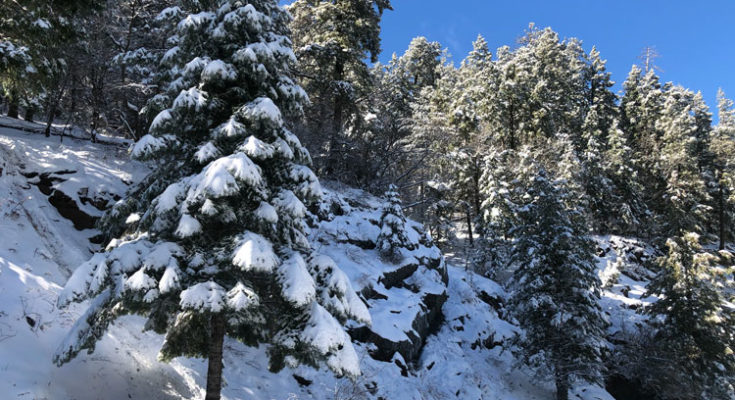 “Hey, Jill, grab a few beach towels, and let’s get out of this place. It’s too damn cold,” the leader of the free world exclaimed.

“But hon, you haven’t signed the new giant spending bill into law yet,” Jill patiently reminded the president.

“I don’t care.  They can send it to me later.  Let’s get outta here before the runways freeze over,” Joe panicky responded.

As one of the worst winter blizzards and cold waves in recent memory paralyzed a large segment of the country, President Joe suddenly decided it was an excellent opportunity to fuel the presidential plane, load the Beast, Secret Service agents, and various staff, and fly to a warm Caribbean isle.

Better than Delaware in late December.  Plus, having your own private 747 sure beats sleeping a day, two, or three on an airport floor, waiting for your baggage and a flight home after Christmas.

To soothe frayed nerves, air terminal music reminds thousands of stranded customers “It’s the most wonderful time of the year.”

Can’t make this stuff up.  #46 is totally out of touch – with just about everything and everyone.  He really has no clue how the rest of us live from day to day.  Neither – apparently – does his entire administration.

Joe’s been hanging around Washington so long that he actually believes the constant regurgitation of nonsense barfed by career politicians, lobbyists, and bureaucrats.

The fact it’s -17 degrees in Buffalo, New York with whiteout conditions, and nearly the entire northern tier of states hammered with extreme cold and wind, doesn’t seem to faze Joe.

Being the most important person on the planet, there’s no logical reason to stay home and suffer the miseries of ordinary folks.

He instructs his pilots to file a flight plan for the U.S. Virgin Islands.  “Wheels up. Get this bird in the air!  We can still make the two-o’clock golf reservation with the prime minister of Mauritania.  I think I’m supposed to close the deal on a multi-billion-dollar sand and gravel pit operation Hunter convinced Congress to include in the new $1.7 trillion Omnibus Spending Bill.”

Actually, escaping reality isn’t something new for Joe.  Since being president, he’s managed to spend about 30% of his time on vacation. Usually, at his beach home in Delaware – a newly walled compound isolated from the discomforts and illegal immigrants of the world.

Like Martha’s Vineyard, wayward folks heading into the privileged environs of the United States are not welcomed.  Even though it’s perfectly permissible for them to congregate by the tens of thousands along the razor-wired regions of the Rio Grande River and Sonoran Deserts of southern Arizona.

Something called “Title 42,” a COVID-era-inspired regulation is, supposedly, slowing their entry.  Not sure it’s had a noticeable effect, as waves of non-vaccinated humanity continue to rush past Border Patrol officers, overwhelming nearly everything in its path.

Joe’s heard about the chaos, but he’s never actually seen it.  To avoid the unpleasantness, he appointed his vice president to handle the situation.  After nearly two years, she hasn’t seen it, either.  However, she’s on the trail of its “root causes.”

Fortunately, she did visit the North-South Korea border.  “It’s so close!” she excitedly exclaimed to her military escorts.  As if they didn’t know.

Oh well, a minor technicality.  Besides, Joe and Kamala can learn all they need to know about problems along the Mexico border by watching CNN or MSNBC — if, and when, the news companies decide to actually report it.

After all, rank has its privilege.  As a result, being the highest-ranking official in the national government, Joe can pretty much do whatever he wishes – whenever he wishes.

Consequently, what better occasion to escape the turmoil of public service, and bad weather, than during a monster winter snowstorm in the north and a monster migrant storm in the south converge at the same time?

“But, Joe, you forgot to sign the bill,” Jill again reminded the president.  “The government will soon shut down unless you do!”

“Come on, Jill, you know the game.  We go through this song and dance nearly every year.  Besides, they can Next Day Air it to me while we’re munching on a couple of Cheeseburgers in Paradise.  Relax, everything’s cool,” replied Cool Hand Joe.

Not even a visiting green T-shirted Ukrainian president – begging for guns and money – could top this foolishness!