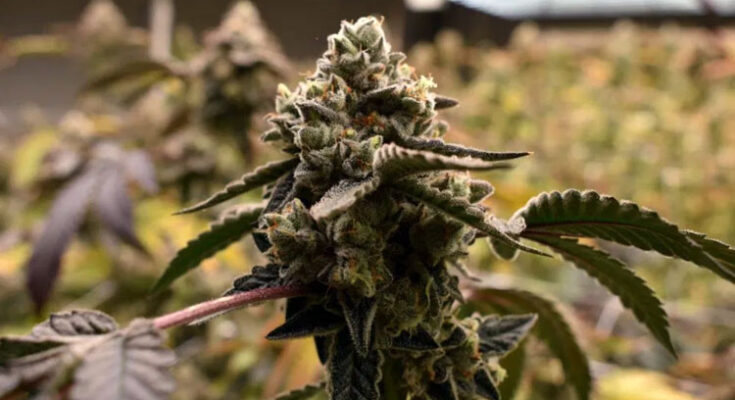 Tilray: The Constellation Brands of Cannabis

Everyone has been talking about the Crypto Winter, but few are discussing the complete annihilation of cannabis. There are still a few technical traders hoping for rebounds due to the massive selloff. Otherwise, Reddit and the Twittersphere are radio silent on investing in cannabis. So, with share prices down 90% in a lot of these brands, is now a good time to buy low?

Cannabis has notoriously been a boom and bust-investment. Whenever news of a country decriminalizing makes headlines, pretty much all of the cannabis companies will shoot the moon, rising to heights that are sometimes hundreds of times higher than their sales.

One of the biggest problems today is that the United States has dropped the ball on legalization. A few members of the Senate, including Senators Chuck Schumer and Cory Booker, keep promising that legislation is a high priority and that they are building bipartisan support, and then nothing happens. With the Republicans in control of the house, there’s even less hope for full legalization over the next two years, though incremental progress seems to be inching forward.

Germany was supposed to be the next country to make recreational marijuana fully legal. (Medicinal cannabis is already legal in many EU countries.) However, the country has run into EU regulations that have slowed the process down. It’s worth it to keep an ear to the ground on progress, as any legalization in Germany could mean more EU countries will follow. In the meantime, Tilray reported that their medical cannabis sales increased 16%  in Europe (removing the negative impact of the euro weakening against the dollar). Tilray sales were up 22% in Germany.

While national legislation has slowed down in the U.S., states continue to open up.

There is also a great deal going on within the companies themselves. One of the most exciting developments is that one company, in particular, has been on an M&A buying spree and could post up to a 40-64% increase in year-over-year adjusted EBITDA growth as soon as next week. This is important because all small companies need to worry about their pathway to profitability. Capital is getting more difficult to raise, and the interest costs are elevated.

Canopy Growth has a CEO who came from Constellation Brands. However, it is Tilray that is becoming the diversified spirits brand of the cannabis space. Tilray acquired Sweetwater Brewing (and their popular 420 craft beer) in December of 2020. On Nov. 10, 2022, they added Montauk Brewing to their spirits brands, which also include Breckenridge Distillery, Green Flash Brewing, and Alpine Beer. Most of the new acquisitions by Tilray have been in the craft-beverage space.

M&A will increase revenue. Of course, it’s also important to purchase companies with their own expansion potential and fiscal husbandry. According to Carl Merton (CFO), Tilray’s craft and wellness brands are “strong, high-margin businesses.” During the earnings call conference on Oct. 12, 2022, Tilray CEO Irwin Simon reported that “SweetWater is available in 42 states across the U.S., including most recently in California, which is the number one beer market in the U.S.” The West Coast expansion for SweetWater is still in the early stages.

Tilray’s next earnings report will be on Jan. 9, 2023, before the market opens. The last quarter saw a 9% decline in revenue year over year. There were strikes, cyberattacks, and price compression to deal with, which Tilray anticipates making up in the quarterly results that will be reported on Monday. The company doesn’t provide revenue guidance other than that. However, with the acquisitions and resolution of the last quarter’s challenges, there could be solid growth, at least in the craft beverage vertical.

Tilray has the potential to be a bright star in the industry. However, the prospects for share price growth in the industry at large remain highly correlated with the legalization (or perceived) of countries. So, a great quarter for Tilray could be tempered by the tepid expectations for the industry. We’re unlikely to see more Shoot the Moon phenomena until Germany or the U.S. decriminalizes, though a bounce off of the current depressed prices could still be notable. It’s worth it to keep an eye on Germany since Tilray already has a 20% market share there in “flower, extracts, and dronabinol products.”

Additionally, 2022 was a rough year for stocks, with the S&P500® declining -19.44%. 2023 is predicted to be another year of volatility and potential weakness. So, any time we experience a company share price that soars, it’s a good idea to take our profits early and often. A rising tide can lift all ships, and a sinking tide can certainly ground them. Even great companies with outstanding sales growth and potential can be pulled down in the market washout.

Each one of the cannabis companies has a certain area of expertise and focus. All of them are cutting operating costs, shoring up growth potential, and cutting out segments with cash burn or low margins. Each has a strategic alliance and board seats affiliated with other companies.

Cronos is 41% owned by Altria, which is basically Phillip Morris, a tobacco company. Canopy Growth has a lot of ties to Constellation Brands. Sadly, they have a hangover from the founder CEO, who went on a spending spree with little regard for that important pathway to profitability. Consequently, the company lost $300 million in the fiscal year 2022 with almost $4 billion lost in the four prior years.

The Green Organic Dutchman vows to produce organic weed. The company‘s revenue grew 36% year over year in the most recent quarter. This company looks like the smallest, but the board of directors boasts some serious talent, with individuals from Novartis and Canopy Growth.

HEXO is the 2nd most popular brand in Canada (behind Tilray), with some CBD beverage offerings that look quite delicious. Tilray has a strategic relationship with HEXO and with Medmen.

Cannabis is a volatile industry. Stocks are expected to experience economic storms and a potential recession in 2023 (which could see most share prices go lower). However, even with that, there can be sunny days. January 9th might well be one of those. However, we’ve seen that any lunar takeoffs of these brands tend to crash back to Earth pretty rapidly.

You cannot set a limit order high enough for the potential rise. (Brokerages won’t allow it.) It’s a much better idea to think “capture gains” rather than stop losses or selling low, particularly with so many developed world denizens wanting full legalization of weed. So, it’s a good idea to monitor what’s going on next Monday and to have a stock app that includes TLRY and other cannabis brands that you’re interested in. I’ll be monitoring it as well. So, please check the home page at NataliePace.com for any updates that I post on my Twitter feed.

Full disclosure: I have positions in some of the companies mentioned in this blog.

Natalie Pace is the co-creator of the Earth  Gratitude Project and the author of The Power of 8 Billion: It’s Up to Us, The ABCs of Money, The ABCs of Money for College, The Gratitude Game and Put Your Money Where Your Heart Is. She is a repeat guest & speaker on national news shows and stages. She has been ranked the No. 1 stock picker, above over 830 A-list pundits, by an independent tracking agency, and has been saving homes and nest eggs since 1999.

If you’re interested in learning 21st Century time-proven investing strategies for building and protecting your wealth, investing in renewable energy, saving thousands in your budget with smarter energy choices, and managing challenging economic times (from a No. 1 stock picker,) join us for our Jan. 20-22, 2023 Financial Freedom Retreat. Email info@NataliePace.com to learn more and to register. Click here to discover the 18+ strategies you’ll learn and master, to get pricing information, and to read testimonials Get the best price when you register with family and friends. Register now to access your free 4-part Protect Your Wealth Now webinar that will get you started immediately.