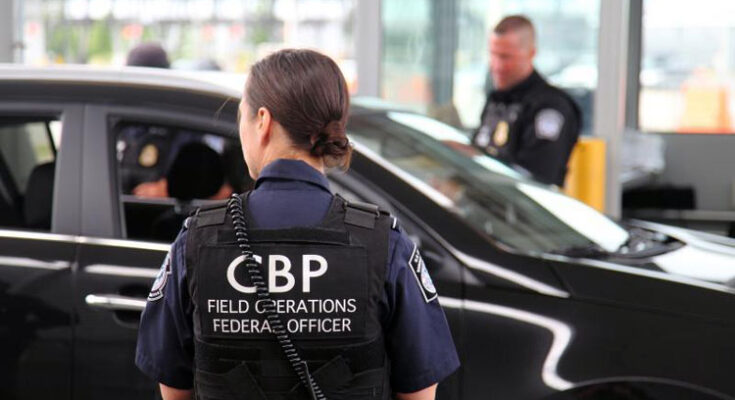 If you’re like me, you’ve probably never heard of Title 42 until recently.  Apparently, it’s a Centers for Disease Control and Prevention COVID policy relating to immigration health issues.

So what, no one’s paying attention to the immigration laws and regulations currently in place.  Illegal entry across our Southwestern border is at record levels, regardless of Title 42 or other prohibitions.

The U.S./Mexico border is an imaginary line, except in regions where an actual restraining wall exists.  Border Patrol knows it; Customs and Immigration know it; folks living close to the border know it, and anyone with a scintilla of common sense knows it.

President Joe Biden should know it, but I’m not sure.  There doesn’t seem to be much evidence he does.  His border concerns appear to be connected to Ukraine’s dispute with Russia, rather than our own 2000-mile boundary with Mexico.

After all, there’s money to be made selling guns and ammunition to Ukraine.  Poor migrants from Central and South America, not so much.

That’s more the turf of the drug cartels.

In Biden’s first year in office, over two-million unlawful crossings have been recorded.  Added to the hundreds of thousands of “got-aways” – illegal immigrants who have not been apprehended – the sum is rapidly rising to historic records.

These people are coming from all regions of the world, heading to wherever they wish, with unknown intentions.  So convoluted are our immigration laws, the Biden Administration is purposely busing and flying many of these migrants to various destinations within our country.

It’s a colossal security blunder that will eventually bite us on the butt.  Have we forgotten the lessons of 9/11 when suicide terrorists were receiving flight training at several of our aviation schools in San Diego and Florida?

Yet, President Joe commutes to the peace and safety of his Delaware home nearly every weekend, oblivious to the chaos going on along the border.  To date, he hasn’t toured our southern area to see what the commotion is about.  I’m guessing he knows where it is.  If not, maybe VP Kamala could show him on a map, since she’s his designated Border Czar.

However, he’s been to Europe a couple of times and a few other places thousands of miles from Del Rio, Texas, and Yuma, Arizona.

News flash: Title 42 was enacted in March 2020 as another CDC COVID-inspired regulation.  We’ve had years – decades – of border problems way before Title 42 was ever dreamed of.  Through Democrat and Republican administrations, our southern border has been in disarray.  This isn’t something new.

Only now, it’s become a popular political talking-point, bantered around by Congressional politicians in vain efforts to make themselves appear relevant.  At least until the November elections.

My immediate question would be, why is a CDC regulation of paramount interest?  The last time I checked, the CDC did not have legislative authority affecting every citizen residing in the United States.

That’s the job of Congress, and in some cases, the president.  The Centers for Disease Control is a creation of Congress, like any other department of government.  It originated in July 1946, as a sub-agency of the Department of Health.

Presently, because of the ruckus created by COVID – and Congress’ abdication of authority to a lesser department of government – we’ve been compelled by the whims of CDC bureaucrats into complying with whatever mandates and decrees they may randomly impose.

Feel-good terms like “humanitarian protection” and “a comprehensive immigration plan” are platitudes freely tossed about in efforts to convince reluctant opponents of the necessity of an open border policy and the need to permit Title 42 to expire.

Or, extended – depending upon which side of the fence you’re on.

Of course, politics and the approaching mid-term elections in November are a major factor in deciding what tale to believe or candidate to vote for.  Rhetoric may be heated and accusatory, performances Oscar quality and storyline appealing, but the success or failure of this theatrical presentation is determined by how savvy the public is of the events depicted in the campaigns, and if they swallow the misinformation spewed on 24-hour cable newscasts.

The never-ending gibberish regurgitated by Dr. Tony Fauci is an excellent example.  His often promoted “Follow the science” proverb became a hackneyed phrase even he ignored, but expected everyone else to take seriously.

Once these individuals taste a little authority, they’re hesitant to relinquish it.  Similar to a cattle feedlot, the more manure the livestock on Capitol Hill poop out – regardless of legitimacy or need – the more they think everything smells like Lilacs.

White House spokesperson Verdant Patel remarked, “Title 42 is a public health authority from the CDC and we continue to defer to the CDC on its use and how long it will be in place.”

Obviously, Patel is clueless about how our government is supposed to function, what branch of government makes the laws, and who is subject to those laws.  Since he believes the Biden White House is under the direction and decisions of the CDC, then a brief civics lesson would probably be useless.  He’s too far immersed into woke government babble to accept reality.

A comparison can be made to a federal judge who recently determined face masks are no longer required when flying commercial or riding trains, subways or busses.  Public transportation cannot continue to demand the wearing of these near useless pieces of apparel, regardless of what CDC wants.

The judge determined the CDC did not have the lawful authority to impose mandatory public facemask requirements for the very simple reason CDC is not empowered to enact laws affecting everyone.  They did not follow proper procedures or define the limits of a health crisis and how long it should be permitted to remain in effect.

Equally important, why should U.S. citizens be forced to wear masks when traveling when millions of migrating border crossers are under no such mandate?

This whole jumbled mess is upside down, inside out and bassackwards.

Comparable to the Safford City Council requiring residents of Pima to wear blue and white Bulldog T-shirts every Thursday.

There are at least three reasons why this wouldn’t work.  First, Safford City Council has no jurisdiction or enforcement authority in the town of Pima. Second, Pima residents may not want to wear blue and white Bulldog T-shirts any day of the week, regardless of Safford’s demands.  Third, such a command would probably be 98% ignored, or only successful in receiving the middle finger from irate Pima citizens.

If a person wants to wear a mask or Safford Bulldog T-shirt it would be perfectly okay.  That’s a voluntary act, not a government compelled one.

Of course, CDC or the Biden Justice Department will dispute the claim, believing they can do practically anything they wish.

I realize President Joe will concur since he does whatever his handlers tell him.  However, after hanging around Washington for 50 years he should at least have some concept of how the government operates.

If he’s a little puzzled, perhaps he could ask his newly appointed Supreme Court Justice nominee, Ketanji Brown Jackson, her opinion of the duties and responsibilities of the Executive, Legislative and Judicial branches.

Then again, maybe not.  Admittedly, not being a biologist but a Harvard Law grad, she’s still trying to figure out what the definition of a “woman” is.

Apparently, she has no idea.

That, folks, is sadly a matter of public record – freely acknowledging being bewildered by the question during her confirmation hearing before the United States Senate.

I can only imagine the uncertainty she must experience deciding which door to enter when visiting the Senate restrooms.  Even worse, her agonizing astonishment upon discovering she picked the wrong one!