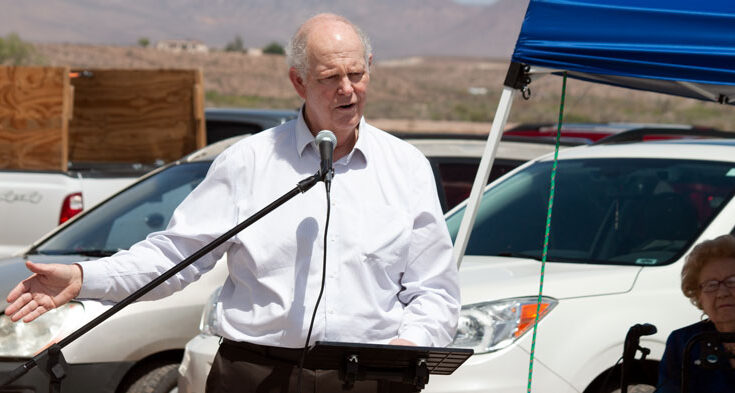 “Like so many Americans, I receive countless robocalls every week, often from spoofed numbers that appear to be dialing from just down the road”,saidO’Halleran.“These calls are not only a nuisance but are often designed to trick the most vulnerable into sharing personal information, perpetuating fraud and identity theft. I’m proud to join this bipartisan group to introduce commonsense legislation that stops bad robocalls, ensures providers can track down bad actors, and protects vulnerable Arizona seniors.”

The Robocall Trace Back Enhancement Act provides protection for providers who share information relating to suspected fraudulent, abusive, or unlawful robocalls; illegally spoofed calls; or other illegal calls to registered organizations helping to trace back the origin of these suspicious robocalls.

“Robocalls plague every American household, and Ohioans in the Fifth District are sick of answering illegal and annoying scam calls,” said Latta. “These kinds of calls are a shameful tactic put out by bad actors hoping to prey on our most vulnerable populations, especially senior citizens. We made significant strides in Congress to protect consumers from scams and fraud with the TRACED Act, which was signed into law in 2019. But as time passes, bad actors are constantly morphing their tactics in an effort to continue with their illegal scams. I am proud that with the Robocall Trace Back Enhancement Act, we can build upon our work to stop bad actors in their tracks and protect the American people from their schemes.”

“In 2019, Congress enacted the TRACED Act to cut down on robocalls”, said Doyle. “Today we are taking another step to combat robocalls and the individuals who perpetrate them. The Robocall Traceback Enhancement Act would create more tools to trace these calls back to the individuals who make them. With these new tools, the people who make robocalls would have no place to hide.”

“As robocalls become more sophisticated, we must ensure that our federal agencies and business partners have the power to keep up with their techniques,” said Curtis.“Through the Robo Trace Back Enhancement Act, we are working to hold these bad actors accountable for their actions and prevent them from taking advantage of our most vulnerable citizens.”

“Traceback efforts have played a central and ever-growing role in the battle against illegal robocalls. This important legislation is critical to the millions of victims of illegal robocalls because it will help empower the FCC’s registered consortium to traceback illegal calls and more effectively share actionable information to get these illegal calls off of the networks,” said Brandon Heiner, USTelecom’s Senior Vice President, Government Affairs.“We thank Representatives Doyle, Latta, O’Halleran, and Curtis for their leadership on this important bill to support the critical fight against illegal robocalls. The robocall battle won’t be won overnight, but this bill will help supercharge the fight against a determined enemy.”